Adobe delivers the world’s leading creative desktop tools, mobile apps and services. With over 90% of the world’s creative professionals using Adobe’s Photoshop and more than 261 million mobile app downloads for Adobe’s Creative Cloud, it shows how big of a brand Adobe is. For their ‘The Future Is Yours’ campaign, Adobe was in search of inspiring stories to share with their student audience.

Giving back to the students of the Adobe community by inspiring and sharing stories showcasing the power of creativity and collaboration.

Adobe is the world’s leading company in creative tools and we’re searching for inspiring stories to share for their ‘The Future Is Yours’ campaign. Adobe found the story of DJ duo Lucas & Steve to be so cool, they wanted to build their campaign around that. Together with Lucas & Steve they shot a video that demonstrates the power of creativity and collaboration through various chapters of Lucas & Steve their life and success story as artists.

Next to that, Adobe also challenged their community to design the artwork of an upcoming release of Lucas & Steve on Spinnin’ Records, where 381 contestants competed in. The winning artwork has now been seen by more than 4.3 million people worldwide who’ve streamed the track on Spotify. The whole campaign generated a reach of 2.153.991 across all socials, a big success according to us!

Adobe wanted to give something back to their community of students across the globe and to activate this target group with inspiring stories. Through this campaign, Adobe wants to demonstrate the power of creativity and collaborations. To share an inspiring story, Adobe had to find one first, and they felt that the story behind Spinnin’ Records artists Lucas & Steve was perfect for their campaign and fit perfectly with the campaign’s slogan ‘Remix it, Refresh it, Redefine it’.

After inspiring the students, Adobe and Lucas & Steve challenged their community to design the artwork for an upcoming release on Spinnin’ Records of the DJ duo, something that has never been done before in the history of the world’s leading Dance label.

A huge prize for the contestants, as the artwork is shown on channels like Spotify, Deezer, and SoundCloud. The contest was judged by a jury consisting of Lucas & Steve, designer agency Acid and Marble, and the Head of Design at Spinnin’. 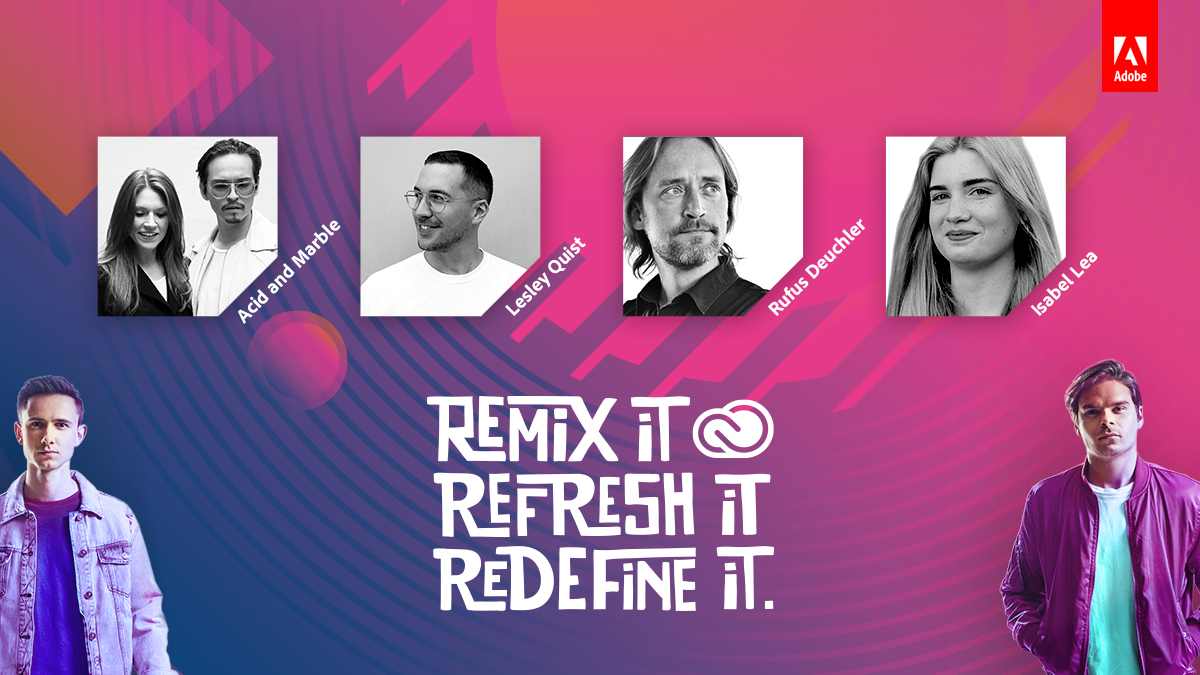 The results of the campaign are amazing. 381 contestants participated in the artwork contest and thus far the track has been streamed 4.3 million times on Spotify alone. Which means millions of people have seen the winning artwork thus far! Next to that, we’ve also accumulated a total reach of 2.153.991 on the Spinnin’ Records, Lucas & Steve and Adobe social channels.