MCDONALD'S
McDonald’s is the world’s leading fast food restaurant chain. Founded in 1940 and currently serving 69 million customers daily in over 100 countries across 37,855 outlets. 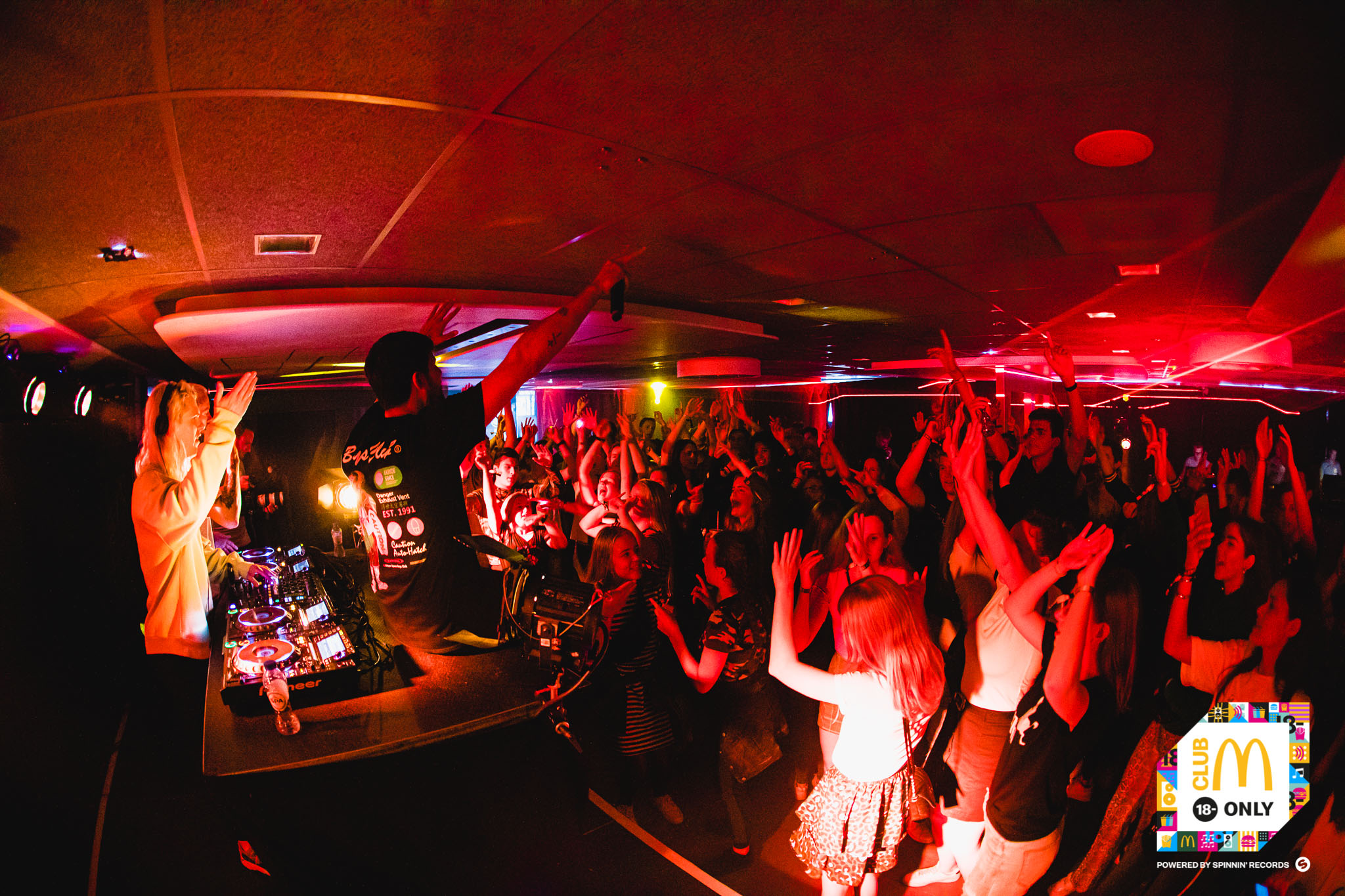 GOAL
Organize an event specifically for 16- and 17-year olds to connect on a deeper level with them.

An important target audience for McDonald’s are 16- and 17-year olds. To increase the affinity the target group has with McDonald’s, the restaurant chain wanted to organize something special. At those ages it’s prohibited to enter most night clubs in the Netherlands, as you have to be 18 or over. But these youngsters are welcome at all times in McDonald’s restaurants. McDonald’s, TBWA\NEBEKO and Spinnin’ Records teamed up and this is how the idea of Club McDonald’s was born. Club McDonald’s is the concept of transforming a McDonald’s restaurant into a club exclusively for 16- and 17-year olds for one night. In the span of a few hours the restaurant was completely modified into a night club including a light installation, a stage and of course: famous DJ’s from the Spinnin’ Records roster! The concept was divided into four different phases.

The first phase was all about getting the word out about Club McDonald’s. We did this with various ads and organic posts on the Spinnin’ Records and McDonald’s Facebook, Twitter, Instagram and Snapchat channels.

The second phase is where we announced the artists who would play that night: Kris Kross Amsterdam, Mesto and Robbie Mendez. Again, through various ads and organic posts on the Spinnin’ Records, artist and McDonald’s Facebook, Twitter, Instagram and Snapchat channels. The goal was to get as much registrations for the event as possible. The restaurant had a 300-person capacity, which meant invites to the night were in high demand. A total of 2379 people signed up for Club McDonald’s.

The third phase consisted of the event itself. The crew transformed the restaurant into a full-on night club in just a few hours’ time and the party goers started lining up outside. The night was a big success with great performances by Kris Kross Amsterdam, Mesto, Robbie Mendez and the MC Robbie Rise.

The last phase started just three days after the event and consisted of uploading the aftermovie. There were two different aftermovies, one for McDonald’s and one for Spinnin’ Records. Again, ads and organic posts were used to promote the aftermovies to a large audience.

RESULTS
It was a night to never forget for all the 16- and 17-year old attendees who danced, laughed and had fun for hours in Club McDonald’s. In total the whole campaign got 4.963.357 impressions on social media and we look back at it with a big smile on our faces! 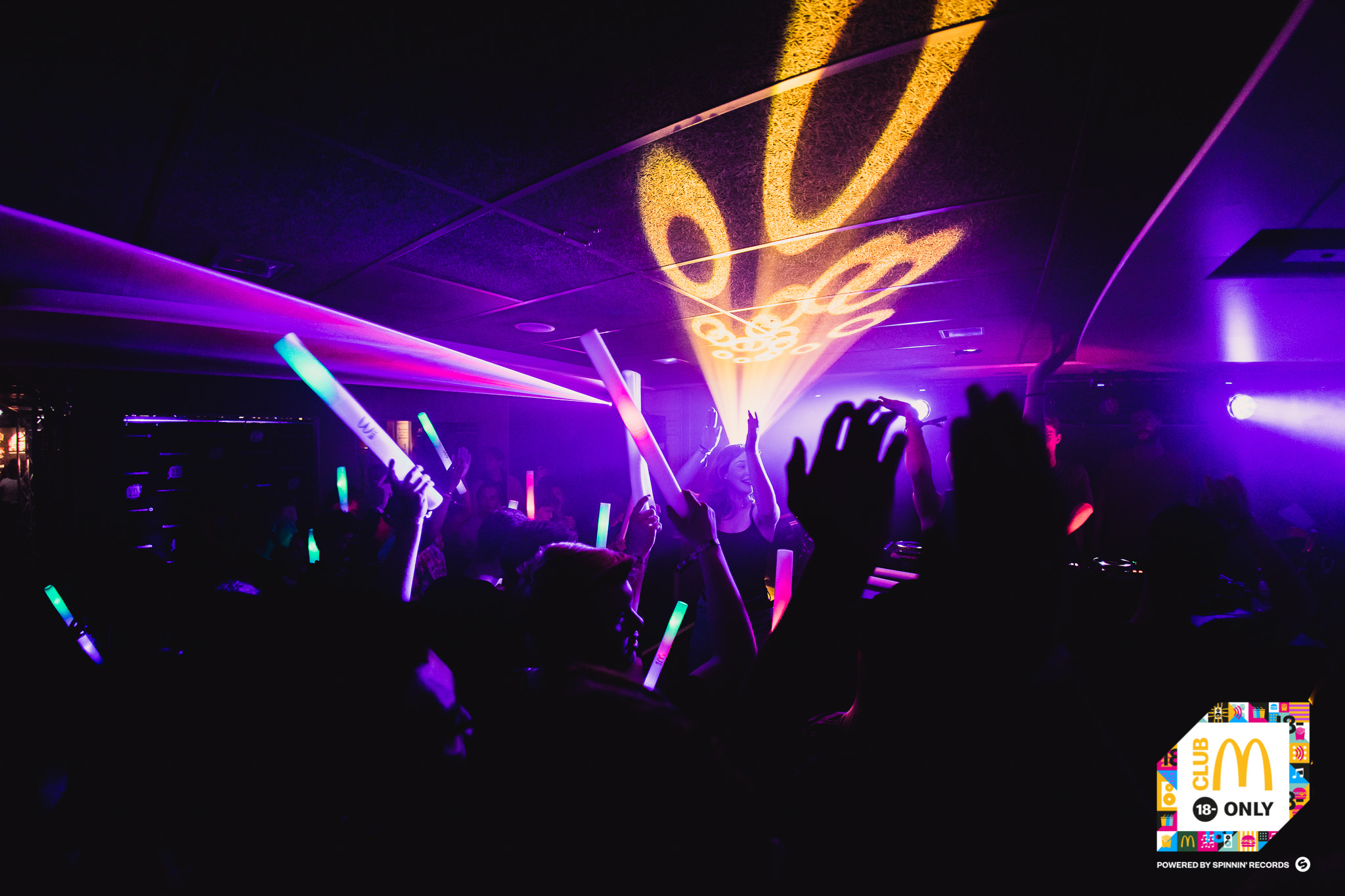