Over 25 artists and influencers attended the event

Build a strong, genuine and natural strategy to claim our place in the world of gaming by hosting the first ever Spinnin’ Gaming Tournament.

With nearly 400.000 yearly visitors from all over the world, Amsterdam Dance Event was the perfect timing for us to organize the first ever Spinnin Gaming Tournament. This gaming tournament was the first step in our strategy to create a strong, genuine and natural strategy to build the bridge between gaming and Dance music.

Together with Brash eSports we set up multiple gaming area’s in the AIR Amsterdam where people could free play for the first two hours against each other in FIFA19, Call of Duty: Black Ops 4, Beatsaber, KNMV MotoGP 18 and a Speedseats F1 competition. Afterwards, the official Spinnin’ Gaming Tournament started where we had various artists and influencers play against each other, including Lucas & Steve, Bassjackers, Yarasky and Vthorben. With over 25 artists and influencers attending the event, 800.000 people reached on the social media accounts of Spinnin’ Records and 210.000 people reached through the Instagram Stories of the influencers, the event was a huge success. 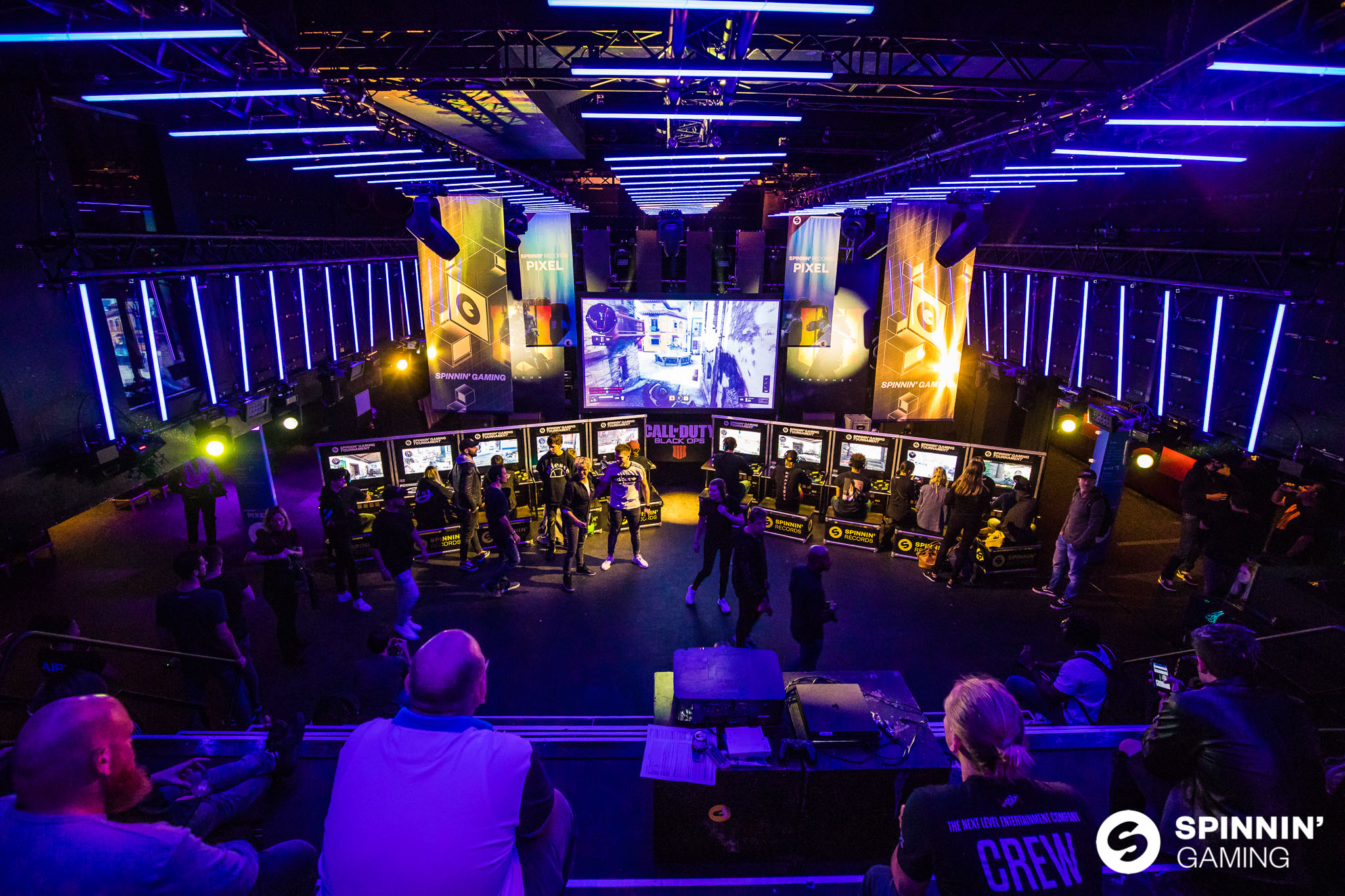 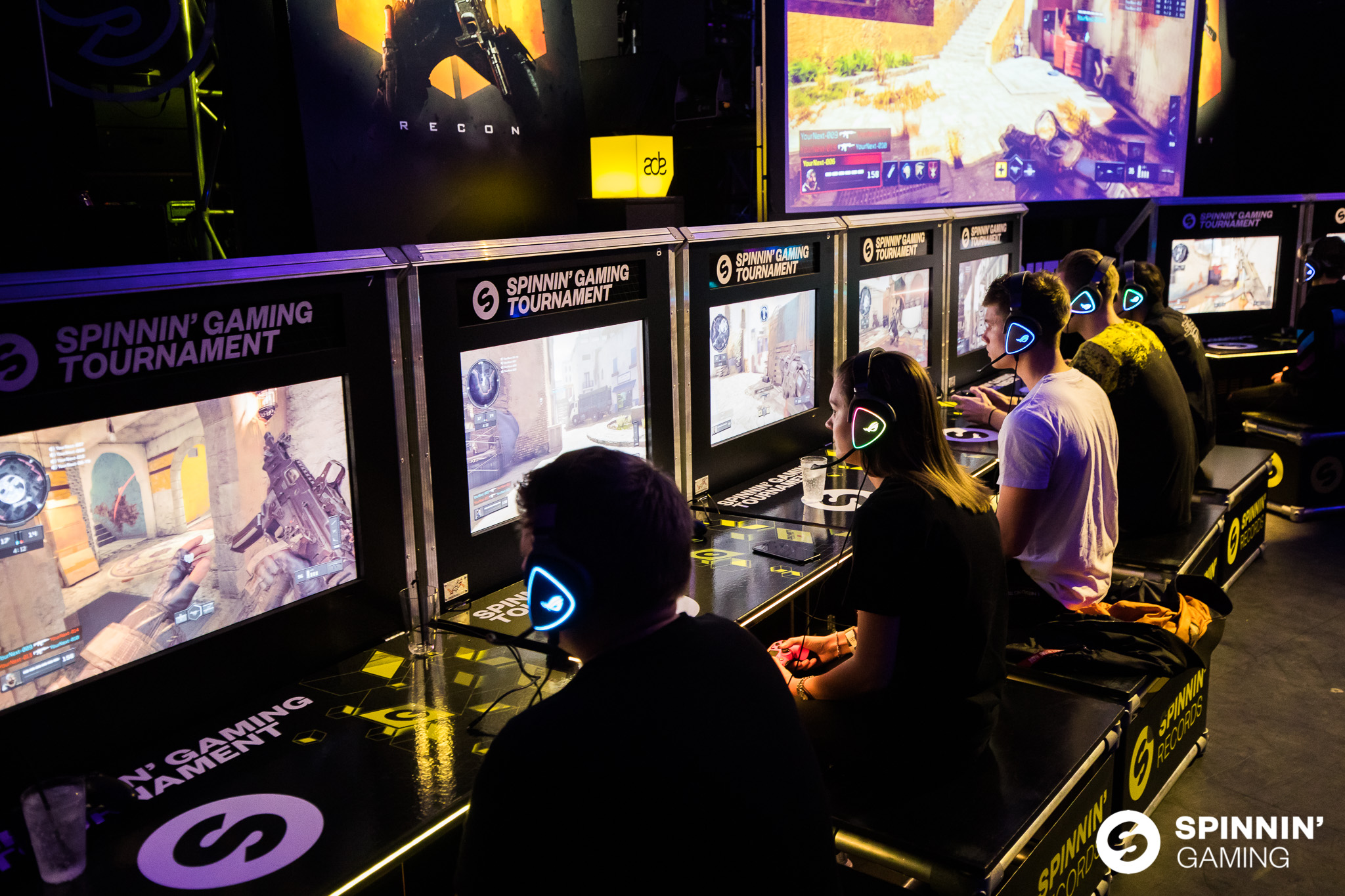 To build the bridge between gaming and Dance music, we thought of hosting a gaming tournament where we invite gamers, influencers, fans and artists to come together and play games. The perfect time to host this would be Amsterdam Dance Event. Amsterdam Dance Event is the biggest global gathering of Dance music professionals and fans, with nearly 400.000 yearly visitors from all over the world, and as we wanted to organize another day-time event next to our Spinnin’ Academy, this was ideal for us to host the first ever Spinnin’ Gaming Tournament.

The day after our traditional Spinnin’ Sessions party we transformed the whole AIR Amsterdam into a gaming paradise. Setting up multiple area’s where people could play various games. We did this in collaboration with Brash eSports, a big eSports organization. With their expertise in gaming and our enormous reach, we had all the components to organize a great event. The first two hours of the free entrance event were free to play, every visitor could play games against others. In the main area we had FIFA19 and Call of Duty: Black Ops 4 set up and in the other area we had Beatsaber, KNMV MotoGP 18 and a Speedseats F1 competition.

After the two hours of free to play it was time to start with the Spinnin’ Gaming Tournament. Invited artists, game influencers, celebs and professional football players competed against each other in the main area in Call of Duty: Black Ops 4 and FIFA19 to see who’ll crown champion. All of this was hosted by presenter Simon Zijlemans.

We had artists Lucas & Steve, Bassjackers, Jay Hardway, Curbi and more join us to play in the tournament. They played in mixed teams together with some of the most popular Dutch Gaming YouTubers, including Yarasky, Vthorben, Ronald and Maxime MXM. Next to that, eSports Expert Koen Schobbers also helped organize the tournament.

For the winners, we had some grand prizes of course. The winners of the Call of Duty tournament won a Speedseat gaming chair. The winner of the FIFA tournament won tickets to the UEFA Champions League game Ajax – Bayern Munich. The winner of the Formula 1 game won tickets to the German F1 GP of next year. Both the Beatsaber and MotoGP winners got an ASUS hardware prize and the MotoGP winner also got a KNMV Goodie Bag. Looking back how much fun this day was, we can’t wait for the next edition!