How we integrated Skype in our Talent Pool platform

Skype is for doing things together, whenever you’re apart. Skype’s text, voice and video make it simple to share experiences with the people that matter to you, wherever they are. With Skype, you can share a story, celebrate a birthday, learn a language, hold a meeting, work with colleagues – just about anything you need to do together every day. To increase its reach, Skype started a campaign to create awareness.

Skype wanted to increase its reach and share of voice through the activation of social influencers, drive awareness of Skype and its broadening feature set and drive in-client engagement as a way to enhance campaign storytelling.

Together with Skype and the Spinnin’ Talent Pool we set up three remix contests using releases by Mike Williams, Jay Hardway and Zonderling. The Talent Pool is the platform Spinnin’ uses to find upcoming talented producers and has more than 900,000 users. The three remix competitions were Skype branded and on the contest pages we integrated a Skype bot. Talent Pool users could interact with the bot to get access to useful videos, providing information on how to perfect their remix. In total 755 remixes were sent in and 4,900 people interacted with the bot, sending an average of 24 messages. The grand prize was that the top producers of each contest won a Skype feedback session about their remix with the artist! The contest was promoted on Spinnin’ Records, Talent Pool, artist and Skype socials and got more than 4.4 million social impressions.

The primary objective of the partnership was to increase the reach of Skype and to drive awareness to the features Skype has. For this campaign, we thought of natural ways to integrate Skype and came up with a big competition where we used the Spinnin’ Talent Pool.

The Talent Pool is a platform invented by Spinnin' Records to solve the classic problem of sending your demo to a record label and ending in the huge pile of demos without any feedback. With 150+ demos sent to Spinnin’ on a daily basis, our A&R's, the guys that sign new artists and tracks, found it to be impossible to listen to all of them and give feedback on the tracks they like. As the leading Dance label in the world, Spinnin’ cares a lot about educating the next generation of producers and not being able to listen to all demos was a big headache for us. Plus, we could just miss out on the next super talent! We thought long and hard of ways to solve this problem and that’s when the idea of the Talent Pool platform was born. Over the years the Talent Pool has grown enormously and now has more than 900,000 users!

We set up three remix competitions for three tracks of Mike Williams, Jay Hardway and Zonderling. These remix competitions were Skype branded and we challenged our 900,000 Talent Pool users to send in their remix of one of three tracks. To increase Skype’s visibility, a Skype bot was integrated on all three remix contest pages. By interacting with the bot, the Talent Pool users got very useful information to help them perfect their remix.

Since people are very visually orientated nowadays, we made videos to provide this information to the Talent Pool user. The topics of these videos were based on the top 20 questions we’ve collected from multiple previous Q&A’s on the Talent Pool social channels. These topics vary from dilemma’s like if a vocal track is automatically better than one without or how to make your drop sound fuller. In total 16 videos were shot and the questions were answered by either one of the artists or the A&R team of Spinnin’, the guys who sign new music at a record label.

These videos were put in the integrated Skype bot on the contest pages and people could find the videos by interacting with the bot. If the user wanted to know more about layering their track, all they had to do was type something close to ‘layer’ and the bot would show the video. In total 4,900 users interacted with the bot, sending an average of 24 messages.

A contest needs a grand prize and Skype was the perfect partner to deliver this prize. The three winners of the remix contests won a Skype feedback session about their remix with the artist. A prize very valuable for every starting producer, since you almost never have the chance to get precious feedback on your music from a top producer. All Skype feedback sessions were filmed and put together in a full wrap up video showing what went down during the campaign.

The remix contests were heavily promoted on the Spinnin’ Records, Talent Pool, artist and Skype socials, accumulating 4.4 million impressions! This was done using various videos made by the artists where they actively informed people about the remix contests and the usefulness of the Skype bot. 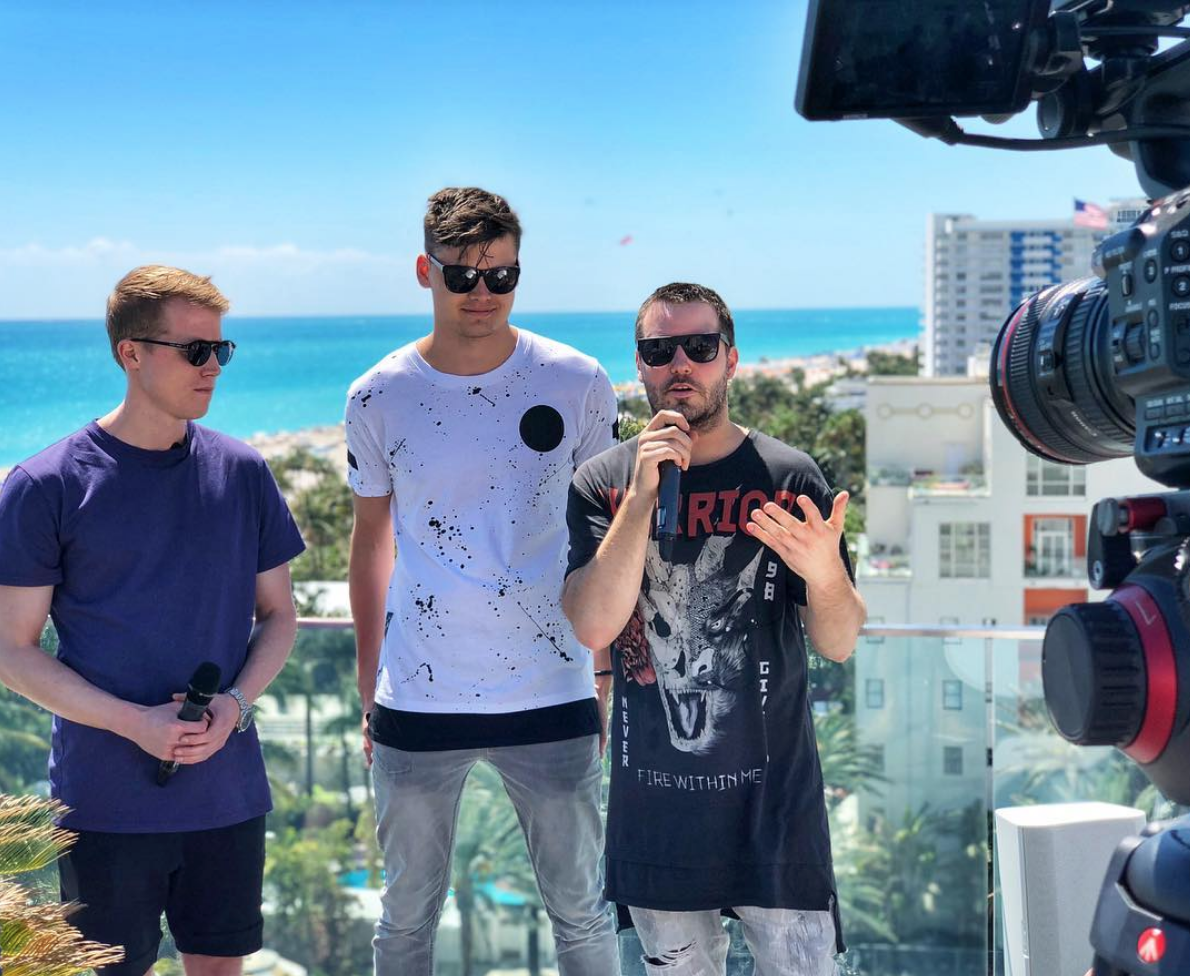