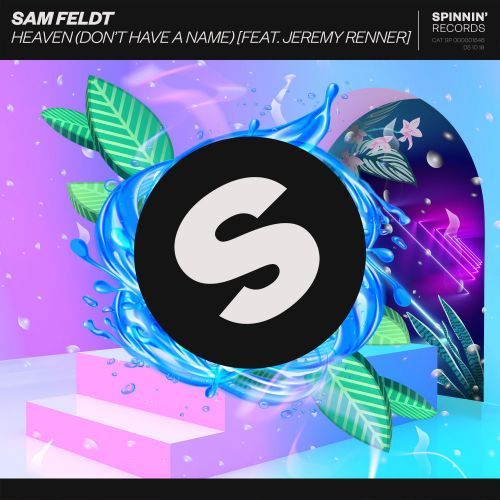 Sam Feldt is always on the hunt for interesting new collaborators to bring into his world of gorgeous melodies and grooves, and on new single Heaven (Don’t Have A Name) he unexpectedly turns to Hollywood for inspiration. An increasing number of actors are trying their hand very successfully at singing, and the latest is Oscar-nominated actor, Jeremy Renner. Famous for his nominations as Best Actor in The Hurt Locker and Best Supporting Actor in The Town, he shows here that there’s more to him than meets the eye. Renner brilliantly translates his ability to convey emotions through his acting into a dramatic, heartfelt performance on this achingly beautiful song. His yearning vocals begin over sorrowful piano chords and pads, with an epic ‘80s ballad feel to it that shows yet more diversity in Feldt’s ever-impressive catalogue. The powerful bridge and chorus lift the track further until we’re unexpectedly dropped into a buzzing future pop section. The contrast is powerful, classy and cinematic, making for one of Feldt’s most stunning compositions to date. The official video will be out on Spinnin’ TV on October 11!