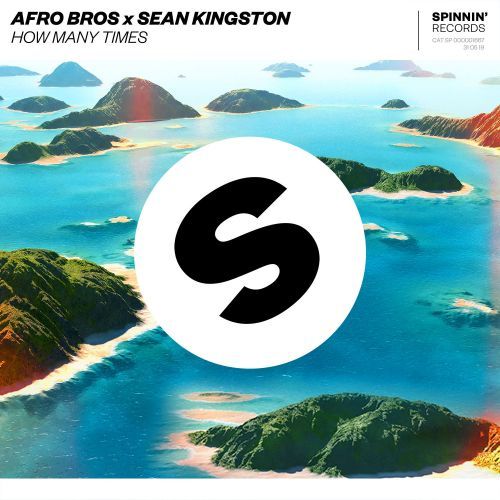 Following last year’s massive hit ‘X’ by Nicky Jam & J Balvin, for whom they did the productional work, Dutch DJ/producer duo Afro Bros now teams up with legendary Jamaican artist Sean Kingston for new single ‘How Many Times’. The chorus drops us into a sunny, tropical rhythm with pitch-shifting, working up a heartwarming groove, catchy vocals, turning the tune into a hot-blooded pop gem - officially out now on Spinnin' Records.

'How Many Times' is the culmination of two acts on the peak of their abilities, blending the urban, afro house sound of Afro Bros with Sean Kingston’s reggae tinged sentiments. It's a record that touches the senses on multiple levels, from its inviting, hot blooded rhythms to innovative use of vocals and melodies.

“We wanted to make a remake of the super hit ‘Beautiful Girls’ of Sean Kingston. Instead of doin’ that we now have a collaboration with the man himself! ‘How Many Times’ is a romantic summer jam that comes with an Afro Bros drop and drums!” – Afro Bros

“Afro Bros did a great job on this production! I love working with artists who have great vibes and really care about their work and the music they create. I’m sure the fans will enjoy this new song!” – Sean Kingston

Afro Bros
Hailing from the Dutch city of Arnhem, the Afro Bros are exclusively signed on Spinnin' Records/MusicAllStars Publishing, where they've already scored millions of streams with hit singles ‘18+’ and ‘So Much Love’. Meanwhile, the guys are also an in-demand productional team, working with acts like Major Lazer, J Balvin and Dutch acts like Boef, Supergaande and Ronnie Flex (with whom they won two Buma Awards last year).

2018 saw them hit worldwide success together with Nicky Jam and J Balvin, with whom they produced 'X'. Within a few days upon release the music video already scored 50 million YouTube views, by now it counts a staggering 1,5 billion views!

After being nominated for a Latin Grammy Award late 2018, the guys also received a nomination for the prestigious ASCAP Latin Music Awards, which they gloriously won during the official award show in Puerto Rico.

This was followed by winning the #1 Buma Award International, the most acclaimed prize in the Dutch music industry. Another milestone in the career of the Afro Bros.

Sean Kingston
Sean Kingston, real name Kisean Anderson, is a Jamaican-American singer best known for his 2007 singles ‘ Beautiful Girls’ and ‘ Fire Burning’ Born in Miami, Florida, Kingston moved to Jamaica when he was six where he discovered his talent for singing and became the pop star we know today. The song peaked at the top of the Billboard Hot 100. ‘Beautiful Girls’ was a success internationally topping the charts in Australia, Canada, New Zealand, the Republic of Ireland, Spain and the United Kingdom.

Kingston was discovered on ‘MySpace’ and ultimately found success as a soulful singer. He has collaborated with artists such as Justin Bieber, Nicki Minaj and Bow Wow. He also co-wrote Jason Derulo’s debut single ‘Whatcha Say’, which went on to top Billboard Hot 100 for one week.

Over the last year, Kingston has been busy preparing new music to be released. This is the first of many tracks he has ready which will be released in the near future. As an in-demand songwriter, Kingston has also worked with stars including T.I., Wiz Khalifa, and Chris Brown writing new material for the artists.

Most recently, he released the single ‘Peace of Mind’, a rhythmic hit featuring Grammy-nominated rapper Tory Lanez and awarding-winning singer-songwriter Davido. Later this year, he is set to release ‘Made in Jamaica’, his first album since 2013. Kingston is known for his signature Island Pop sound and upbeat lyrics as a multi-platinum music artist and songwriter.