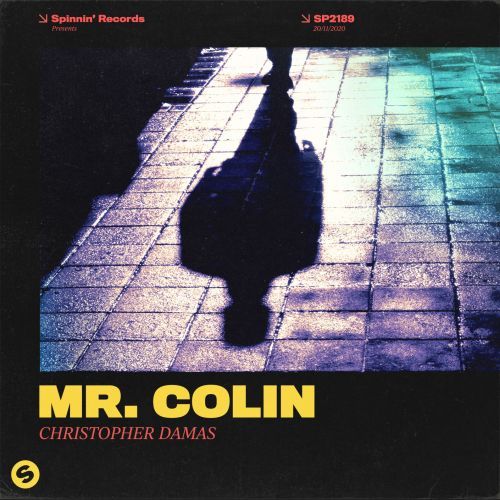 The momentous World’s Biggest Demo Drop has come to a close with two winners selected from over 2,000 sign-ups. Taking place during the largest and first-ever fully online edition of Spinnin’ Academy, the Dutch Dance label collaborated with Shazam, Apple Music and Grammy® Award-winning Tiësto, to provide international exposure for emerging artists. Winning an official release on Spinnin’ Records is Christopher Damas with ‘Mr.Colin’ and securing an official release on Tiësto’s Musical Freedom is Nukey with ‘Antidote’.

Meticulously chosen from over 1831 submissions, Christopher Damas and Nukey triumphantly battled through several rounds to claim an official release on two of the most iconic labels in the Dance industry.  Grammy® Award-winning, platinum certified Tiësto joined as the ambassador of the Demo Drop, acting as the grand juror and using his unparalleled expertise to select the winning tracks.

Taking place during the Spinnin’ Academy month, producers sent in their demo to enter the competition and had the opportunity to be mentored by a star-studded line-up. Including live feedback sessions with some of Spinnin’s legendary artists such as Breathe Carolina, Moguai, Lucas & Steve, as well as, the acclaimed Spinnin’ Records’ A&R team.

The selected 15 tracks were then included in an exclusive DJ Mix, hosted by none other than female DJ phenomenon, Kim Kaey. Fans could have their say by voting for their favourite track by Shazaming it during the DJ mix. The number of Shazams for each track counted towards 50% of Christopher Damas’ total. The final decision then lied with none other than the visionary, Tiësto.

“I am very glad that I was able to win such a global and large-scale competition. Thanks to Tiësto and the entire Spinnin’ Records team for finally giving me the privilege of releasing a release on your main label, Spinnin' Records. Thanks to everyone who supported me and voted for my track! I'm happy that I was finally able to reach my cherished goal and get the official release on Spinnin’s label.” — says Christopher Damas

Hailing from the capital city of Moscow, Semyon, as he is known outside of his artist alias Christopher Damas, has been creating music for around 10 years. With his tracks making airwaves on Russian radio stations, the DJ/Producer describes his relationship with composing records as a love affair. Over the course of his career he’s released several tracks on Spinnin’ Talent Pool, ZeroCool and Hexagon.

Now, his record ‘Mr. Colin’ wins an official release on Spinnin’ Records. Christopher Damas’ debut on the Dutch Dance label is nothing short of enigmatic, centring a booming beat and persistent bass line. Waves of sultry vocal additions paired with eclectic rhythms add to the mysterious allure of ‘Mr.Colin’.

That’s not all that lies in store for Russian artist Christopher Damas, 2021 is set to be bright with an upcoming release on Dharma Worldwide Recordings.