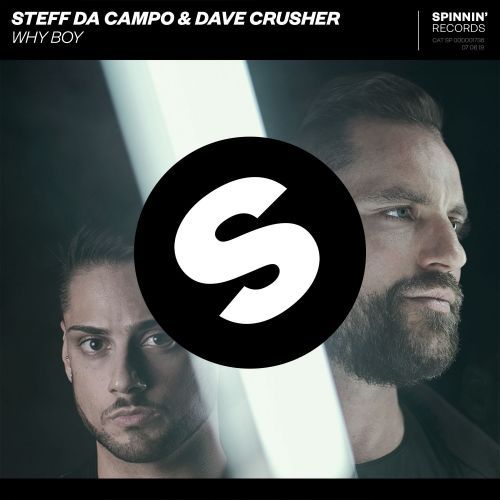 One of Holland's tastemaking artists, Steff Da Campo has covered his tracks throughout the years with many groundbreaking records. Recently, he took his sound to a next level with worldwide supported tracks like 'House Party' (released on Heldeep last year) and the widely supported Hexagon release 'Deeper Love'. Returning to the famed Don Diablo imprint last year with the Dave Crusher collab 'September', his reputation for delivering strong DJ weapons was set in stone from then on.

And now, the seasoned artist has teamed up again with Dave Crusher, working up that same instant classic energy in the shape of 'Why Boy'. Using samples from Bronski Beat hits 'Smalltown Boy' and 'Why', it's as recognizable as it is infectious. From the subtle but impactful melody to the cheering vocal lines, before unleashing a blazing house drop, this is everything Steff Da Campo stands for - raw, uncut but always catchy and melodic dance music.

''I have been a fan of Bronski Beat & Supermode's 'Tell Me Why' for years. I felt like this was the right time to transform the sample into a new fresh club banger with my signature style!'' – Steff Da Campo

Artist info
Steff Da Campo (Steffen de Vries) is a DJ and producer with a style that is best described as deep, groovy house, with a strong focus on vocals. From 2016 onwards, his notoriety quickly grew with releases on Oliver Heldens run Heldeep Records, the Don Diablo label Hexagon and Tiësto's Musical Freedom, as well as key records on Spinnin' Records.

"My sound has evolved into a blend of raw, sexy bass house and strong future house elements. It's not particularly upbeat and melodic, but mostly vigorous and rhythmic. Yeah, you could say it's all about the groove with my music, although I always incorporate catchy sounds and vocals." - Steff Da Campo

2018 saw Steff Da Campo reach a new milestone, becoming the second highest entry in the 1001Tracklists.com Top 101 Producers list. This made him one of the 40 “most played by DJ colleagues” producers in the world! That year, he also scored no less than five #1 records on Beatport, strengthening his position as DJ's tastemaker.