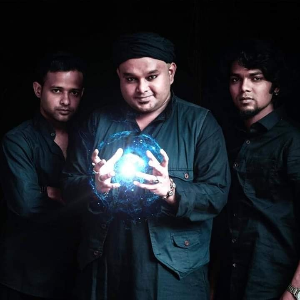 Adbhutam is one of the leading instrumental bands in India since 2016, formed at Kolkata. The genre of the band is best described as Indo-Fusion Instrumental Music, but it has also been described by some music critics as Raga-Rock Fusion.