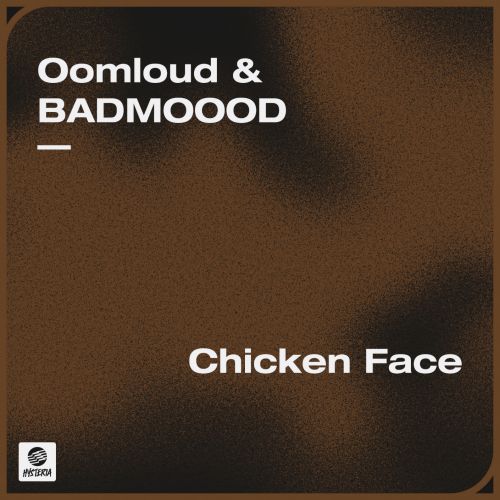 Two of dance music’s most renowned firestarters have teamed up for a sturdy piece of bass house, bringing back the party to the dancefloor. Leave it in the capable hands of Dutch duo Oomloud and Uzbekistan artist BADMOOOD to ignite things again with ‘Chicken Face’, a sweet rolling tune featuring cool oldschool synth chords, mesmerizing vocal samples and a deep, dark club vibe. This will lift the spirits for sure, out now on Spinnin’ Records.

It’s a sweet collab taking place here. On the one side it’s Oomloud, rising stars of contemporary dance music who’ve been making serious moves since their widely acclaimed debut release ‘Tic Toc’ together with Bingo Players, back in 2017.  Since then, they’ve steadily conquered the global dance scene, performing ambitious gigs and further developing their unique bouncy and clubby sound.

On the other side of this promising collab we see BADMOOOD, an Uzbekistan born, US residing DJ/producer, known to rock many different genres like G-house, bass house and trap. Sharing his action packed tunes since the mid-zeroes, he’s received praise from an international crowd, last year leading to the release of his debut album ‘Telephone’.

So, what happens when two of these eager tastemakers share their powers? You get a tune that breathes action, a tasty rolling piece of bass house, filled with exciting hooks and cool vocal samples.

‘Chicken Face’ brings together the four-to-the-floor groove of house music, together with its classic synth chords and raw edgy production making it a true DJ weapon. Add to this the powerful bass lines, electro sound and in-your-face spoken word vocals, and you end up with a record that takes you right back to the heyday of bass house - produced in a refreshed 2021 style.

Leave it up to Oomloud and BADMOOOD to bring back dance back to the floor. If anything, these guys have provided the upcoming season with a brand new rocking tune. A tune we couldn’t wait to hear, and is sure to get the crowd back in a frenzy again - let’s make this ‘Chicken Face’ together!

“I started the track during the covid pandemic and the goal was to bring back some real rave energy also as the lyrics says: ‘I don’t know I’m relaxed’. I really wanted to make people feel at ease again, and bring the party energy. Then after sending the track to Hysteria, I got linked with Oomloud for the collab and these guys brought the track to a whole new level of party mode!” – says BADMOOD