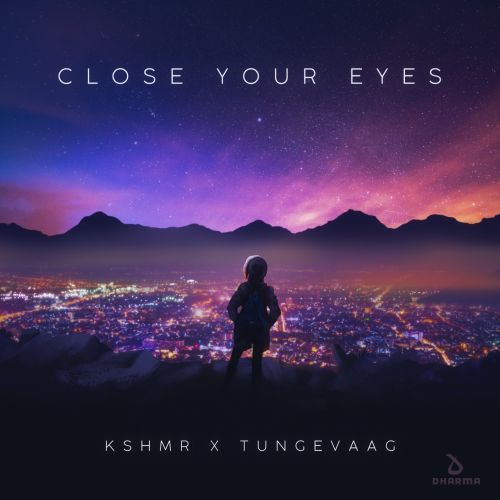 A glorious combination of organic instrumentation, computerised beats and pitch-perfect vocals, ‘Close Your Eyes’ is an infectious dance-pop jam propelled by majestic pan pipes. It follows

‘Over You’, KSHMR’s recent collaboration with Lovespeake, while he also dropped his critically-acclaimed Harmonica Andromeda album back in March, featuring the timeless singles, ‘The World We Left Behind’ and ‘Around The World.’ Adding to his impressive catalogue which includes big-room festival anthems such as ‘Secrets’, ‘Megalodon’ and ‘Wildcard’ KSHMR has secured his spot as one of the top producers in dance music today.

“Tungevaag and I have been trying to make a song for a long time,” says KSHMR. “When he sent me the vocal for ‘Close Your Eyes’ I knew it was the one, and I tried so many ideas for the production. It didn't feel quite right until we added the flute; that was the eureka moment for me, the moment it felt like a KSHMR song mixed with Tungevaag's signature touch.”

Tungevaag explains, “We wrote this song in a time when the world was very still during the pandemic and this song resembles beaming yourself away by closing your eyes. I am so excited to work with KSHMR on this track and hope everyone likes the track as much as we do!”

With over 1 Billion streams to date and multiple chart topping singles, KSHMR has established himself as one of the most prolific producers in dance music. As a solo artist, he’s established an industry-leading label and brand Dharma Worldwide and headlined major festivals across the globe including EDC, Coachella, Tomorrowland, Ultra Japan and Sunburn India.

Tungevaag burst onto the scene with debut single ‘Samsara’, which hit #1 in Finland and reached #2 in Norway. He has since amassed over 4 billion worldwide streams with huge tracks such as ‘Play’ with K-391 and Alan Walker and ‘Dance’ with CLMD. Additionally he holds over 115 gold and platinum certifications for his records and got nominated for a Swedish Grammy.