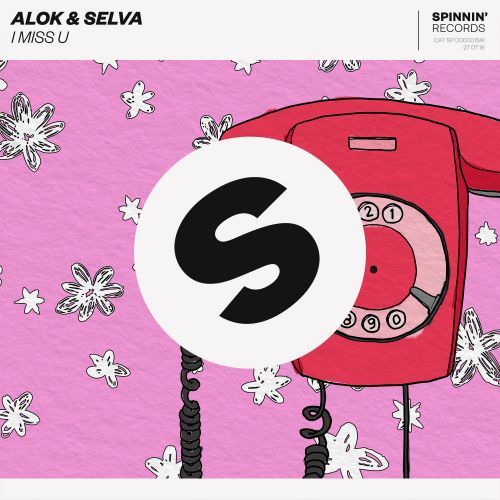 Internationally renowned DJ & producer Alok has returned this summer with a brand new single 'I Miss U', alongside fellow Brazilian producers, SELVA– out now via Spinnin’ Records.

'I Miss U' sees Alok cross into the Pop world once again, with radio ready vocals, string heavy instrumentation, and a summer vibe resembling that of a ballad. The emotional track builds upon guitar-crafted chords and a leading violin, with a surprisingly small amount of electronic influenced production. Having previously endorsed the São Paulo based duo SELVA via their 2017 track 'Make Me Wanna' by way of Alok's 'Brazilian Bass: Pt.1' compilation, the two artists are quite familiar with each other, and their chemistry shows on this record.

With his back catalogue growing steadily and boasting a wide range of genres, Alok has proven his musical abilities flow far deeper than dance music. His last release 'Toda La Noche' with Mexican star Mario Bautista rapidly became a Latin-pop anthem and his previous release 'Ocean' with his frequent collaborators Zeeba & IRO has been streamed over 27 million times since its release at the end of April. Drawing in well over 7 million listeners per month on Spotify, this Brazilian talent has seen his international acclaim blossom throughout 2018.