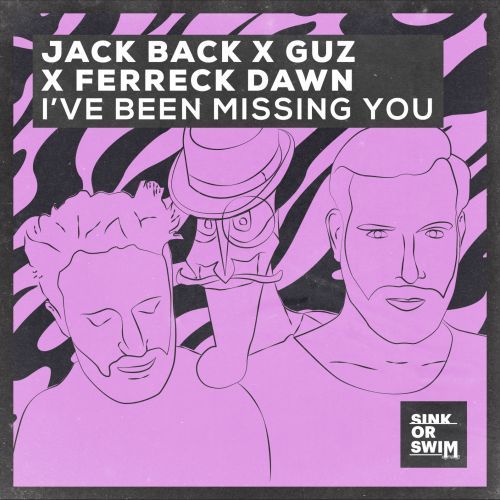 I’ve Been Missing You

David Guetta dives back into his Jack Back alias, teaming up with men of the moment Guz and Ferreck Dawn for the release of ‘I’ve Been Missing You’, an amalgamation of soulful vocals, a jazzy piano break and a driving, tech house fueled festival beat. Jack Back premiered this track during a tribute set for the 60th birthday of house legend Danny Tenaglia. Since then, ID requests for this one have been overwhelming, making the release of this true DJ weapon all the more exciting. Grab it quick while it’s hot, as it’s out now on Sink Or Swim.

Jack Back has enabled global superstar David Guetta to revert to his roots in underground house, fully explored with the full-length Jack Back Mixtape (2018). Since then, the coveted Jack Back alias has dropped a range of highly acclaimed club tunes, taking his progressive tinged sound to techno and tech house driven rhythms. Among many, milestone records have been Defected releases ‘It Happens (Sometimes)’ and ‘Survivor’, as well as the deep techno outburst ‘Grenade’, and Jack Back’s remix of Joel Corry’s ‘Head & Heart’.

Teaming up with Ferreck Dawn feels like a logical next step for the esteemed producer. For the last several years, the Amsterdam based DJ/producer released a series of powerful records on labels like Defected, Toolroom, Spinnin’ Deep and Armada, exploring the music with funky, tech house grooves and inventive collabs, including teamups with A-Trak (with whom he dropped the popular gem ‘Coming Home’ last year), Robosonic, Kid Enigma and Lee Foss.

Following a 2018 collab with UK artist Guz (most renowned for his huge club hit ‘Dancin’ Kinda Close’ and upbeat house tunes like last year’s ‘Thin Line’ and, recently, ‘Set U Free’), Ferreck Dawn joined forces with him again earlier this year, delivering ‘Caught In The Rain’ (alongside German producer L.I.T.).

‘I’ve Been Missing You’

After months of disconnection, the aptly titled ’I’ve Been Missing You’ brings it all together, as it breaks out with an instantly addictive vocal sample, highly energetic and bursting of soul and longing. A cool wobbly bassline accompanies the vocals towards a powerful tech house groove, perfectly layered with deep kicks and lively percussion.

When the record breaks down, the vocals go next level into a gospel inspired chorus, tastefully backed by jazzy piano chords. It’s the sweetest intermezzo, surely bound for dancefloor euphoria, and one that nicely leads up to a drop where the bassline gets things moving again.

No doubt, Jack Back, Ferreck Dawn and Guz have been missing you, and are eager to play  for a live audience again. If anything, this vigorous DJ weapon will be one of their peaktime tunes, ready to deliver the crowd its much deserved climax. Better get (Jack) back on the floor, cause here’s a fresh dose of house music to take you sky high again!

“I’m so proud of how ‘I’ve Been Missing You’ turned out with Guz and Ferreck Dawn, and am thrilled to finally be sharing new Jack Back grooves with fans from around the world!”  - Jack Back

“Such an honor and a pleasure to work with David / Jack Back. I’m a big fan of the Jack Back releases so it’s amazing to work on something together with him and my good friend Guz. I’m very pleased with the end result, I think it’s a great blend of our styles.” - Ferreck Dawn