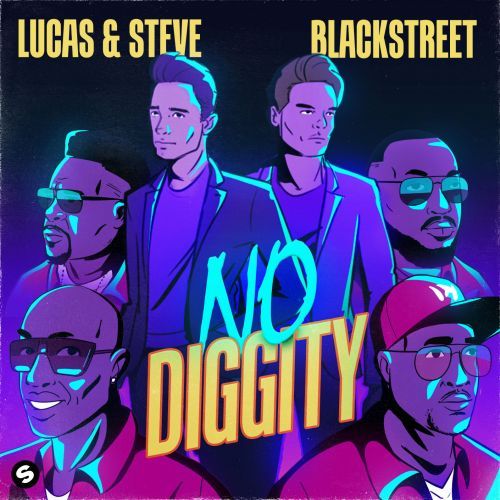 Only a few months into the new year and Dutch DJ/Producer duo Lucas & Steve are on a serious roll. A melodic masterpiece, their debut album ‘Letters to Remember’ soared, they then kicked off 2021 in style with an epic collection of club mixes. Now, they join forces with Grammy-award winning vocal group of the ‘90s, Blackstreet, for a defining collaboration in their career.

Releasing a revamped take on Blackstreet’s smash hit ‘No Diggity’, this team up brings the iconic 90s anthem into a new age. Sporting an insatiably booming beat line, this is the party record we’ve been crying out for. Fusing the soulful vocals and R&B sensibilities of Blackstreet’s original version with a dose of funk and Lucas & Steve’s signature melodic house signatures, this one definitely doesn’t disappoint.