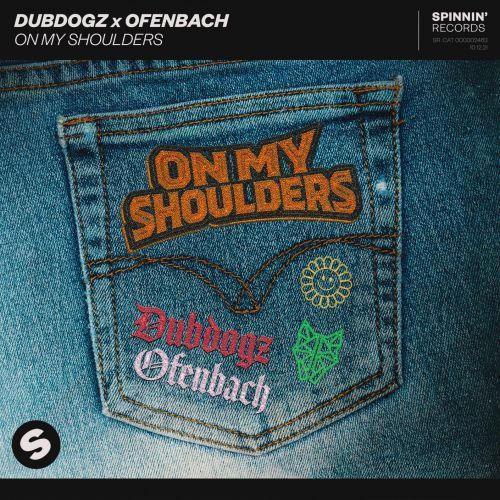 Let the good times roll, as Brazilian hitmakers Dubdogz and renowned French act Ofenbach deliver a breezy club tune that’s all about getting uplifting fans and bringing smiles worldwide. Better said, ‘On My Shoulders’ is all about keeping things simple. The single effortlessly floats atop an, instantly addictive bassline, and vocals that are simply too cool for school, resulting in a track that’s begging to be put on repeat. This one’s going places, from festival highlights to the absolute sweatiest of club floors— catch it now on Spinnin’ Records.

In the blue corner, reigning from Brazil is Dubdogz, the DJ/production duo who gained global respect with their smooth jams and thudding Brazilian bass style. Their refreshing take on dance music has resulted in worldwide support and millions of streams, thanks to tracks like ‘Free My Mind’ and ‘Everybody Wants to Party’. With no sign of slowing down, it’s clear that Dubdogz have earned their way as two head honchos of the Brazilian scene.

Collaborating from the red corner is France’s Ofenbach, whose laidback house sound makes them the perfect dance partner for Dubdogz., In a mere matter of years, this young Parisian duo has not only crossed the 1 billion streams milestone, but has collected several Diamond, Platinum and Gold certifications along the way. With a soft studio touch, Ofenbach represents the next exciting step in the evolution of French house music.

‘On My Shoulders’ brings it all together, like something of a mix between breezy bass house, and tongue-in-cheek pop, both of which are served on a melody that’s to die for. It’s what carries this tune all the way through, with catchy bass chords lead the way to an unforgettably smooth chorus.

The result is the exact dancefloor weapon you’d hope for in a collaboration between two trendsetting acts. A ray of sunshine on a cloudy day, ’On My Shoulders’ is guaranteed to get people smiling from the very first listen. Forget those winter blues, because Dubdogz and Ofenbach are here to lift the weight on your shoulders.

Dubdogz & Ofenbach - ‘On My Shoulders’

Out now on Spinnin’ Records