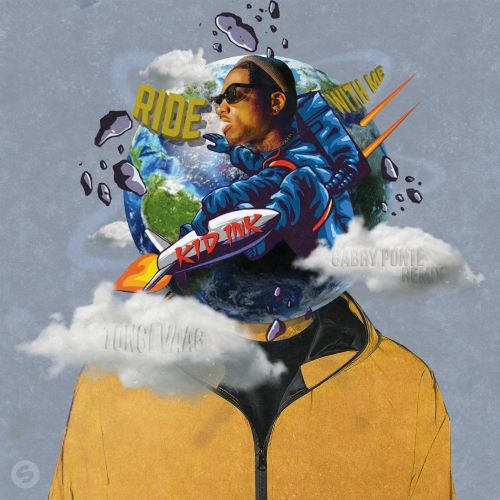 It’s been quite the ride so far for Gabry Ponte. Producing an international hit single by the end of the 90’s with his band Eiffel 65, the song ‘Blue (Da Ba Dee)’ turned into a dance classic that’s still played to this day. In the meantime, the Italian DJ/producer kept releasing solo material, always in rhythm with the newest sounds in electronic music.

In 2019 he unveiled another worldwide smash with his LUM!X collab ‘Monster’, followed last year by two more hit teamups with LUM!X in the shape of ‘The Passenger’ (along with D.T.E.) and ‘Scare Me’ (along with KSHMR), plus efforts alongside Timmy Trumpet (co-producing the title track for Timmy’s ‘Mad World’ album) and Galwaro and LIZOT (co-producing the popular cover of ‘Like A Prayer’).

Earlier this year, Gabry Ponte dropped another bomb as he joined forces again with LUM!X and Prezioso for the hit single ‘Thunder’, which has been streamed 50 million times over in the months since release. In a similar wave, he also proved his remix talent, delivering a fresh version of Timmy Trumpet & Afrojack’s hit single ‘Stay Mine’. By now, Gabry Ponte’s reputation is more renowned than ever, earning him worldwide acclaim and over 13M monthly listeners on Spotify.

‘Ride With Me’
Maintaining the momentum, Gabry Ponte now continues to impress his audience as he takes on Tungevaag’s recent summer hit ‘Ride With Me’. Released earlier this year, the original record brought together Tungevaag’s trademark synth chords, pitched vocals and a classic rave melody, nicely countered by fresh trap beats and Kid Ink’s sultry raps. The blend of US and European vibes was a direct hit for the international dance audience; the record currently counts over 11 million Spotify streams, and is now taken to new heights by the Italian maestro, Gabry Ponte.

The result is, well, a fantastic ride once again! Gabry Ponte kept his eyes steady on the club floors with this one, delivering a steady groove while including some of the best features of that unique Tungevaag tune. Better get on board, cause this music is going places.