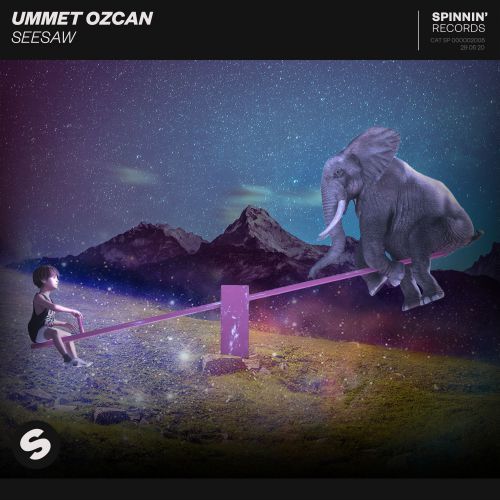 Back with another chart-topper, renowned Dutch/Turkish DJ/Producer Ummet Ozcan brings us powerful and bombastic ‘SeeSaw’. Lyrically playful, this triple anthem instills a childhood-like nostalgia that races over blazing beats. Out now on Spinnin’ Records

Renowned for soft synths and strong sound bank design, acclaimed DJ/Producer Ummet Ozcan brings us an uplifting triplet anthem. Following the release of 3 stellar tracks over the past year collectively reaching 22M streams, ‘SeeSaw’ marks the next chapter in Ozcan’s career. This next track in the acclaimed artist’s repertoire showcases his phenomenal knack for production, while carrying his signature: heavy distorted basses and loud beats. ‘SeeSaw’ marries infectious melodies with sharp and solid synth stabs. All in all, it is a fresh and catchy offering that is sure to match his previous musical victory.

“SeeSaw is the perfect and positive tune to keep the happy vibes in these weird times. Every time I play it, it brings me joy!” — explains Ummet Ozcan

Advanced studio knowledge and an impressive string of dance floor hits have shot Ummet Ozcan to the top. The Dutch/Turkish star is one of very few to break the mold and epitomise innovation and originality in the music scene today. Ozcan has been deeply plugged into dance music from a young age, growing up in The Netherlands aka the epicentre of dance music, impacted him enormously.

Since Ozcan’s arrival on the scene, his career has only elevated. In the past year his releases have soared in streams and recognition such as ‘Beast’ (16.5M streams), ‘Fight Back’ (2.5M streams), and Popcorn (3M streams).

It’s no surprise that he’s an in-demand talent who’s playing to an international market with gigs at world-renowned clubs and festivals like EDC, Tomorrowland, Creamfields and Global Gathering. Ummet Ozcan has solidified his position at the forefront of all-star dance Producers, garnering support by the likes of Armin van Buuren, Tiësto, David Guetta, Calvin Harris, Steve Aoki and Martin Garrix.