A future bounce track with vocal chops and sweet plucks. The drop has crisp synths along with chords and piano.

Hey nice work! really nice production here!!! top quality track voted for you!
my name is Jake Wallis I am a 22 Year old producer from the UK
check out my latest track Stories Of Sunset. :)

Please check my new track "Deep Sea" and vote if like it!!

BONITO!! If you love REAL music, you should check out and vote for my latest track WHEN IT'S ALL OVER! I'll be grateful!

I love those vocal chops!! very catchy melody!! if you have a minute then you could vote back on my new one 'All Night'. Thnx and good luck.

Super cool vocal chops at the beginning!
What a cool track dude!!
Well / clean produced - I like it!

wish you the best!

I would be sooo greatful for your feedback on my Afrojack Remake!! Please support me with a vote if you love it!! <3

Good track, I love the rythm and the melodies .
Please let me know what you think of my remix ( All Night ) . Thanks

Voted! Check out my remix "Buzz Low - Thong Song" and let me know if you like it!

Hope you are having a nice day! If you are seeing this then that means I have voted for this track of yours! :D :D :D

And I would really appreciate it if you could vote for my remix for Danny Avila's Run Wild :D

Wishing you all the best towards your dreams!

Stay home_ stay safe please because it will take you one step closer to your dreams (:

Man, Please give me a Feedback on my Remix ”All Night“ by Afrojack feat. Ally Brooks. It is a banger!! Show some love and vote for it
Thank you! Good luck!

Voted✔️
Listen to my new track "BRAAH"🎧
and leave a vote/comment if you like this track!!

Thank you for your vote.
Voted back.

The Pest2 months ago

Yo that's a good remix! What an idea!! You have my vote! If you want, you can check my remix of Thong Song and vote for it! Have a good day ! :) 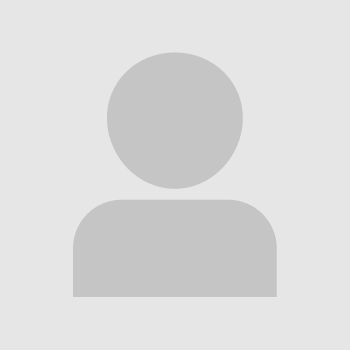 The vocal chop sample is really nice. You could use layering on the leads toi beef them up a bit more, cus they sound fairly thin. At 0:43 where the snares pick up, it starts to get muddy, and quite hectic. Use compression or a peak controller to move the instrumental and partially the vocals out of the way of the snare so the hit doesn't interfere with the leads or vocals too heavily. As they're playing all together, it sounds too cluttered, do this as well with the low, thumpy sort of sound playing during the buildup.
The drop needs a bass, so the drop is more impactful. Also bringing the kick to punch through more and be more present in the drop will help it out. At around 1:02 where is transitions to the next 8 bars of the drop, use a gradual filter in and out instead of just dropping everything suddenly. 1:20 where the drop ends and goes into the second break, I would change it from a 6 bar transition to a 4 bar transition where the white noise out and reverse piano in overlap. Nice concept man keep working at it!
I just released a remix of Afrojack's All Night and would appreciate it if you took the time to take a listen

Hey Kara
Hope you are having a nice day! If you are seeing this then that means I have voted for this track of yours! :D :D :D
And I would really appreciate it if you could vote for my Last Two Tracks
Wishing you all the best towards your dreams!
Happy Spinninning!
Stay home stay safe

hello Kara
Brazil enjoying a little of what you are capable of.
Beautiful music!
I gave lika on your trail
leave your vote on my remix BLR-Feel it (Remix Holley)