Streams
The Song One More Round has over 10.5+ Million streams on all streaming platforms

Free Fire
Free Fire is one of the world’s most popular mobile games in the world, with 450 million installs on mobile phones and a record high of 100 million peak daily users of the game in July 2020.

The motif of the game is simple: the last man standing gets all the glory. Free Fire stands out from other games by the unique characters it brings to life alongside their special abilities, which deliver enormous advantages to the virtual battlefield. From 33 in-game characters available, each one of them is unique and has specific skills that help the gamers throughout their journey to victory.

Goal
To connect gamers worldwide with a respected producer, to inspire everyone to overcome challenges, and bring to life one of the most well-polished pieces of dance music. ‘One More Round’ is described by KSHMR as a track loaded with old western sounds, energetic melodies, and produced to bring people together.

Idea
With the steep rise of gaming platforms like Twitch attracting more than 15 million daily users, the link between gaming and music is quickly becoming an inevitable relation as it's a powerful tone of engagement. Now more than ever, we see gaming breaking and supporting new artists. So it comes as no surprise that as a music company, we understand the importance of having the perfect sound for particular moments. For this reason, we’ve teamed up with KSHMR to bring to the table enormous levels of energy only a great artist can deliver. KSHMR became the music ambassador of this partnership by creating a memorable theme song called ‘One More Round’ - which relates not only to the electronic scene but also the gaming environment, connecting the best of two worlds.

KSHMR (real name Niles Hollowell-Dhar) has established himself as a dominant force in modern EDM, and One More Round plays heavily on DJ KSHMR's signature vocal-driven production style, and delivers the same energy as users get from playing Free Fire. The song already counts with more than 2.6 million streams on all platforms. Stream 'One More Round' here. 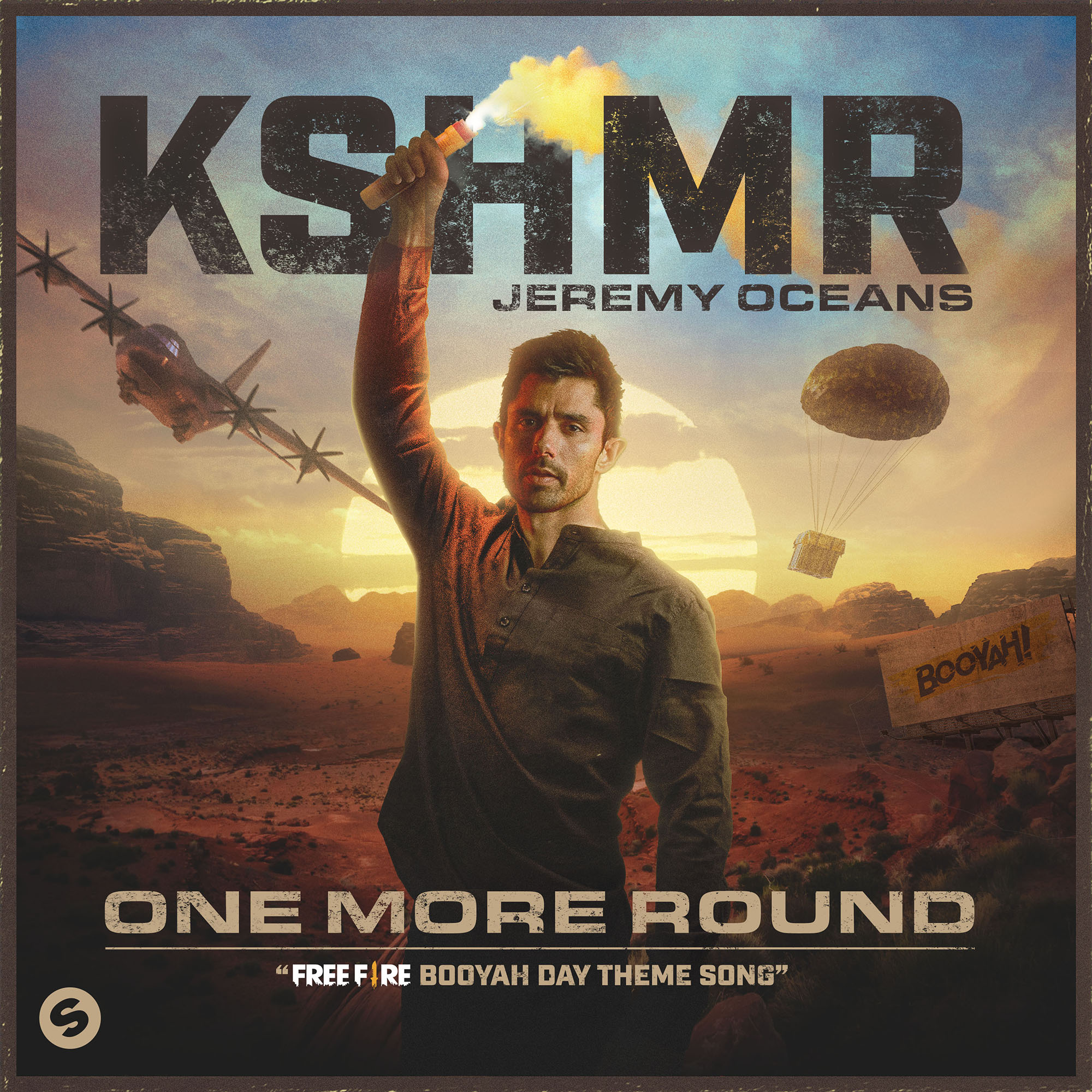 Alongside the theme song, we like to organize the marketing activation in four key points:

In-game character
KSHMR wanted to be represented by a character where its core strengths are not based on violence. For this reason, and working together with Spinnin’ and Free Fire, the concept of Professor K was born. In the game, KSHMR is K (Captain Booyah!) - a professor and a jiu-jitsu expert, with a never seen before unique survival ability: the Master Of All. You can see all of the characteristics of Captain Booyah! here.
The partnership also includes an Instagram and Snapchat filter, created with Augmented Reality technology. The filter places KSHMR’s character - K -  virtually in any space! One simply has to If you’re on a mobile, discover the filter here.

We also hosted a special 30-minute KSHMR DJ set streamed from Spinnin’ TV, that already has almost one million views, and an in-game stream of ‘One More Round’, performed by Professor K.

Official Music Video
‘One More Round’ deserves a video clip that matches the song’s quality, and that portrays the amount of action one can find in Free Fire. The music video also mirrors the name of the song, it’s a reference to forget about time, finding an escape from the real world, and have ‘One More Round’  We also wanted to transport the gamers straight into battlefield mode, creating an immersive gaming experience with the video. Watch the Official Music Video:

Dance Campaign
We also developed a dance campaign with Kinjaz, - one of the world’s best dance groups! The crew created an impressive choreography inspired by the music and the game, taking inspiration from the dance moves, characters, animals, and popular items from the game!

Besides these actions, we have also witnessed a huge amount of UCG, especially on TikTok and Instagram. KSMR’s account grew more than 300.000 followers, and the release video of the song reached 6.5 million views!

Watch a recap of the partnership here: