30.000 Sony Extra Bass products in NL and BE in store during promotion period

Sony is one of the biggest manufacturers for electronic devices. Its diversified business includes consumer and professional electronics, gaming, entertainment and financial services. Sony launched their Extra Bass as the perfect headphone or speaker to listen to Electronic Dance Music.

Spinnin’ partnered up with Sony as part of the campaign for their Extra Bass product line. Sony wanted to reach a young audience globally and was looking for a relevant partner in the music industry to help with the promotion. Spinnin’ Sessions, the live concept of Spinnin’ Records, hosted a stage at Parookaville 2017 in Germany, just across the Dutch border. This event was used by Sony Benelux to set-up a retail campaign where 30,000 products were placed in 800 stores in the Netherlands and Belgium.

During the partnership, Sony launched a marketing campaign for a period of two months surrounding Sony Extra Bass products and offered its customers the chance of winning ten times two weekend tickets to the Parookaville festival, including camping site on the festival terrain and a tent, as well as the limited edition Spinnin’ by Gazelle Bike produced by Gazelle as shopfront giveaways.

Sony promoted the campaign through its owned online channels, such as its website and social media channels, and in shopfront locations.

Spinnin’ held a contest and gave away two weekend tickets to the Parookaville festival, including camping site and a Sony Extra Bass product. The campaign was promoted via: 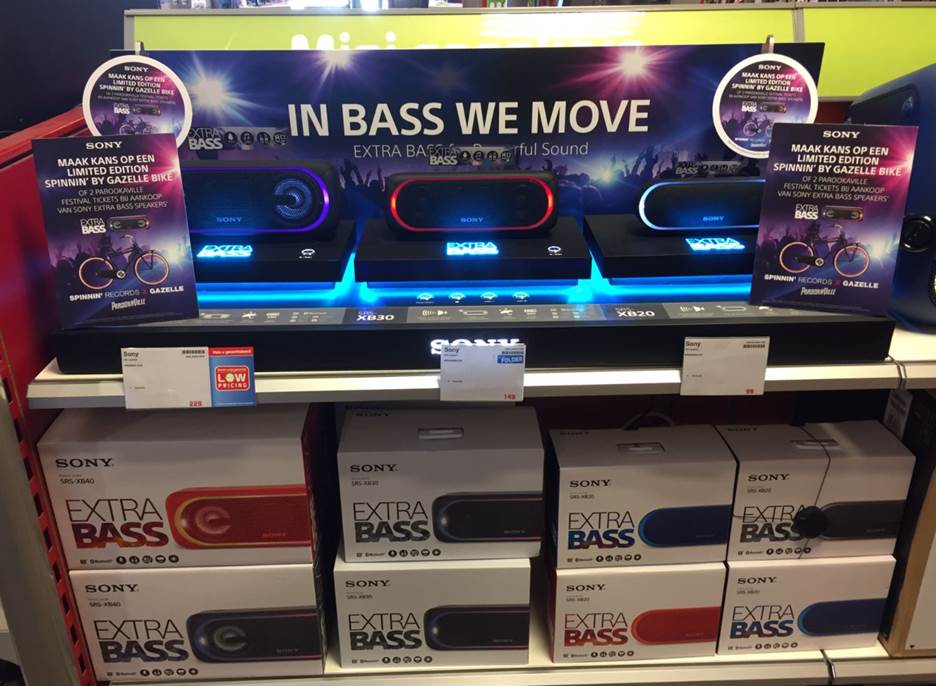