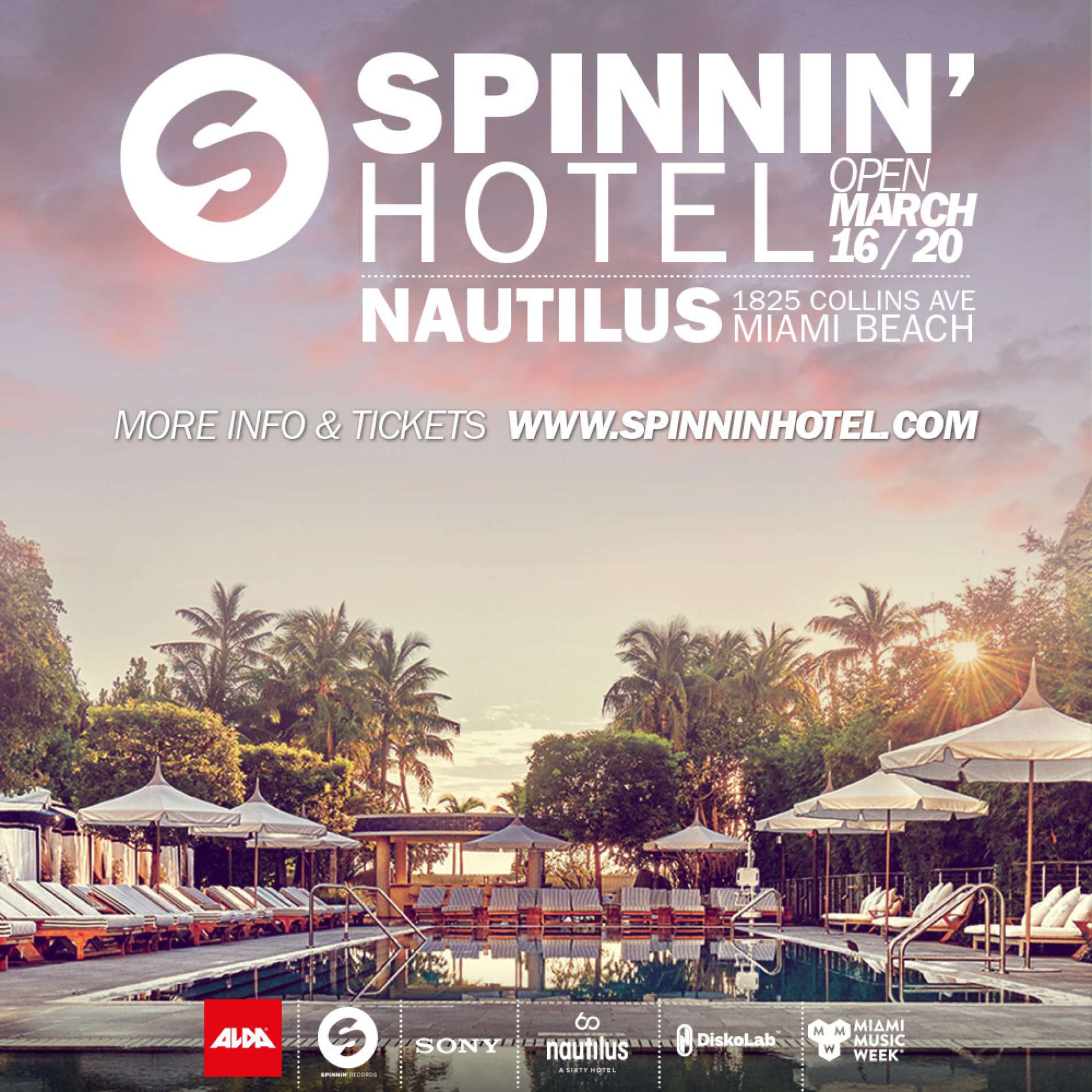 Spinnin' Hotel has released the majority of its line-ups. Taking place during the Miami Music Week from March 16 to 20, here's most of the names you can catch at a pool party every day.

It's the fourth time already Spinnin' is joining in on the Miami madness, and this year will definitely take the cake as the team presents the Spinnin' Hotel. Taking place from March 16-20th at the newly opened luxury boutique hotel Nautilus there's five different pool parties taking place there, hosted by Spinnin' Sessions, Maxximize, Heldeep, DOORN Records and Spinnin' Deep.

And now, most of all the line-ups are out! Check them out below:

Friday March 18th: Heldeep
Proudly presented by its label boss Oliver Heldens who will perform with his HI-LO project and has also invited DJs like The Magician, Nora En Pure and Chocolate Puma.

Tickets and Limited VIP Passes are now on sale at http://spinninhotel.wantickets.com.