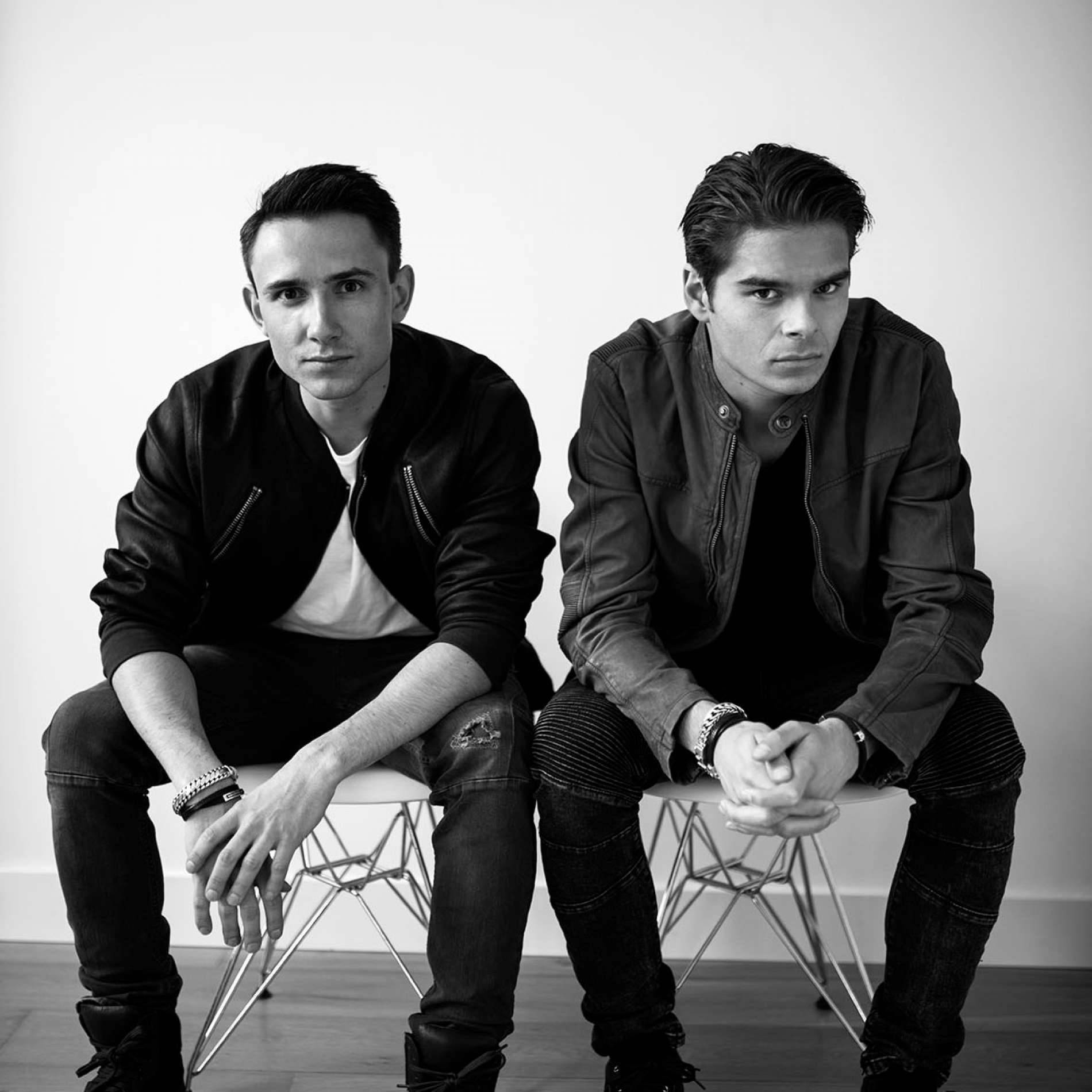 Exclusive interview Lucas & Steve: 'Our sound will keep on developing'

Their single 'Make It Right' is flying up the charts as we speak. High time we talked to Lucas & Steve about their music, Michael Jackson and how to make things right in the studio.

Hey there, what have you been up to lately?
"We’ve been taking a lot of studio time lately to prepare for the upcoming festival season. The season is going to be crazy so we think we won't be able to hit the studio a lot, so we have to prepare everything now to keep our release schedule filled (as we like it to be)! There are several L&S originals coming up, but also a few very interesting collabs.. Cannot tell with who yet, but if you have watched our Facebook closely, you might get an idea what collabs are going to going to be released!"

Your new single ‘Make It Right’ is getting huge response, climbing the charts as we speak. What can you tell us about this track?
"We made this track-concept that we and our label really loved. We always had the idea in mind to do something with a Michael Jackson vocal (we’re not the only ones I think) if possible. We've discussed this whether this would be possible for the concept track that we had. Spinnin’ Records made this happen and in no time we had built our track around the vocal and the other way around, and ‘Make It Right’ was born."

What does this record say about your musical evolution as an artist?
"Quite a lot actually. ‘Make It Right’ showcases the evolution of our work of the past years. Obviously, we love the piano (which we showed last year), but to make our music more interesting, it was time for us to make other sounds take the lead in our tracks."

"But we wouldn’t be very happy with that haha!"

What has been the coolest thing in your musical career up till now?
"Performing with ten thousands of people partying right in front of you gives such a big rush. Feeling the crowd’s response to the music they love. That’s just amazing. We have to admit that seeing our track ‘Make It Right’ climbing the charts this fast also gives us a rush. You cannot expect success this big."

What artists/movies/books/art inspires you the most when creating music?
"We listen to many different kinds of music besides house music, pop, RnB, techno, but also jazz and classical music. We tend to take influences of different genres that we like and put it into our own style. Movies, art and leisure activities can also work really inspiring, because they relax you. Most inspiration comes when you’re feeling comfortable."

What do you think is the most interesting development in dance music these days?
"We think a lot of dance-music styles are blending right now, which can have really interesting and powerful tracks as a result."

What are your goals for the future?
"To keep on doing what we love: making music and spreading our sound all-over the globe. Of course our sound will keep on developing and you never know what turn it’s going to make. Our summer schedule is already filled-up pretty much and we’re looking forward to the big shows such as Tomorrowland and Creamfields."

And finally, what would you advise the upcoming stars on our Talent Pool?
"Try to be original! It can be helpful to try to re-create the sound of well-known producers, not to release, but just as a study-project. You can learn a lot by doing this. But, for tracks you want to release, it’s best to really put some effort into being original: there are no rules in originality, as long as it sounds good."

Spinnin’ Records is gaining new ground as they enter the world of virtual concerts!

Spinnin’ Deep will close the Spinnin’ Hotel this year