After last year's hit song 'Reality' together with Lost Frequencies, Dutch singer songwriter Janieck now returns with 'Feel The Love'. We had an exclusive talk with him about making music, waiting tables and keeping it subtle.

Summer is around the corner so it's time to put on some perfectly fitting tunes. No wall-tearing club bangers this time, but feel good summer vibes brought to you by Janieck. He and Lost Frequencies scored a major hit with 'Reality' last year, and now he's been welcomed to the warming Spinnin' family. The 21-year-old and Sam Feldt are about to release 'Feel The Love' so we sat down with Janieck to get to know him.

Hey Janieck! Can you tell us a bit about yourself?
“When I was eleven I played in feature films, commercials and tv shows. I'd often had to wait on set, so I started playing guitar to kill time. Three years later I recorded my first ever track 'Better Man', and I was about seventeen, eighteen, when I released my first album 'Survival Guide' as a singer songwriter. Last year Lost Frequencies and I made 'Reality'..."

...Which became a huge hit. How did the process of making that tune go?
"I'd written this song and recorded it on my mobile phone. Yes, mobile phone, because it's easy and perfect for recording everything that comes to mind! My musical partner and I asked Lost Frequencies on Twitter if he wanted to produce this song with us, because he's very pure in his production, which I like very much. We emailed back and forth and met in the studio. I provided the melody, lyrics, vocals and guitar, and he turned these elements into one big feelgood dance track. At that time making music was more of a hobby, I was waiting tables when 'Reality' became a hit!"

Ha! I assume you've stopped working there?
"Haha, yep!"
'Reality' indeed isn't your typical floor-smashing tune, but seems to be a gentle mix between dance and indie.
"I really like merging different styles. I don't want to be just another singer songwriter. That's why I aimed for Lost Frequencies and now for Sam Feldt, my tunes mix very well with such productions."

'Reality' and your upcoming track (yes, almost getting to it!) are both very subtle with simple guitar chords, warm melodies and mellow vocals which are easy on the ears. How come?
"A song should be solid on its own if you ask me. Music is often blown up with fat drops and a lot of instruments. Subtle, but strong songs are scarce in the music industry. Imagine someone playing 'Wonderwall' on a squeaky guitar around a campfire. Because the song itself is firm it doesn't really matter what it's played on or whom is playing it. A track shouldn't be complex, but keeping it subtle is hard, haha!" 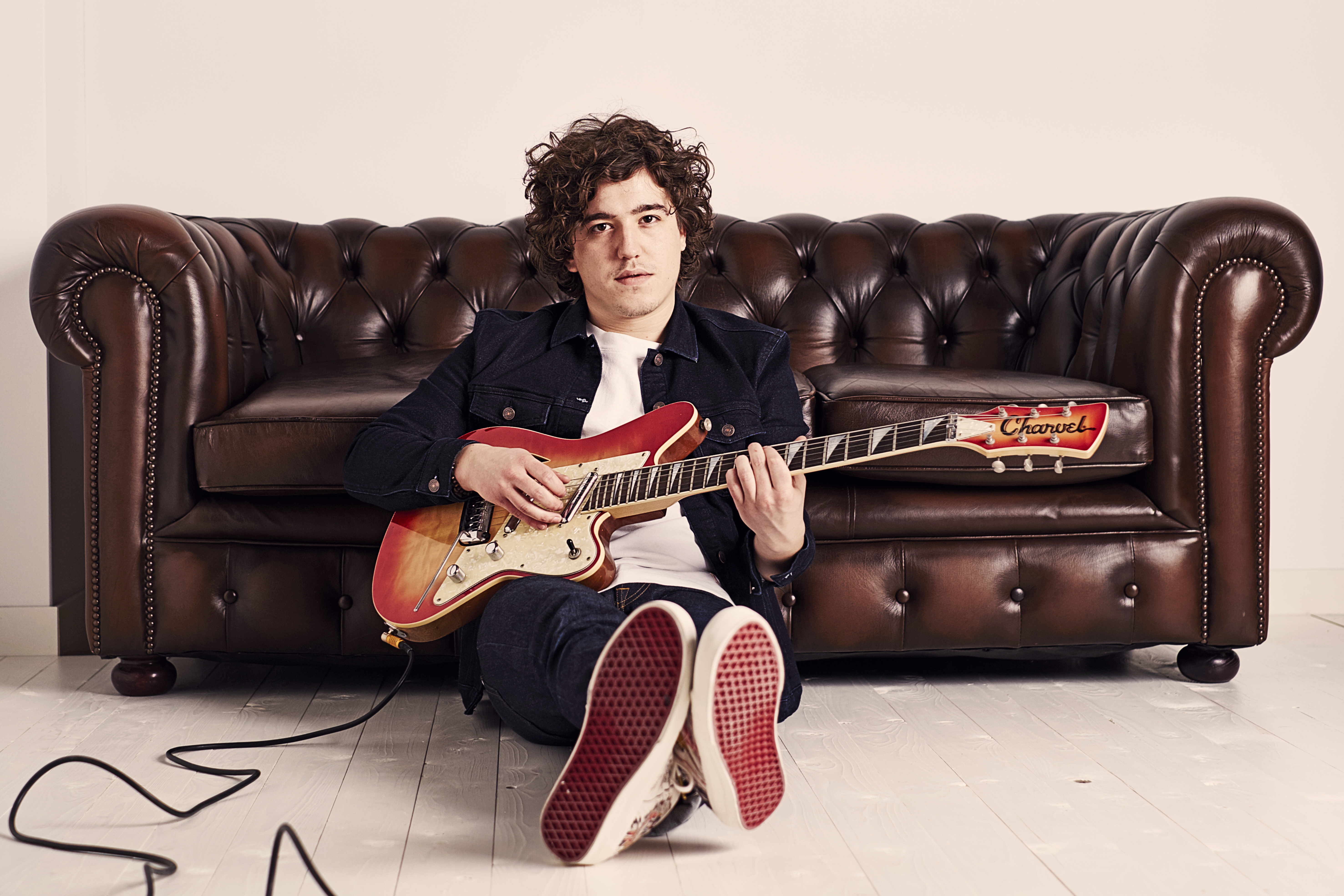 And yet you succeeded with another great tune, 'Feel The Love', of which Sam Feldt made a mesmerizing dance edit.
"Feel The Love' is pure and simple. Less is more, I believe in simplicity. The track was made with the summer in mind. We wanted it to have a feelgood vibe without the cliches. It's about appreciating love, not only in a romantic way, but in every possible way. It's also about treasuring nature, for instance. It reminds us to stand still every once in a while, take the time you need and pay attention to your feelings. Because in the end, that's the most important voice to listen to."

That's some great advice, Janieck. What are your future plans at Spinnin'?
"There's not much I can tell you yet, but the good thing is I get a lot of freedom. Maybe I'll work together again with a DJ, maybe I'll write songs for others DJs. But one thing is for sure, a lot more tunes of mine are coming!

'Feel The Love' (Sam Feldt Edit) is out now on Spinnin' Records.