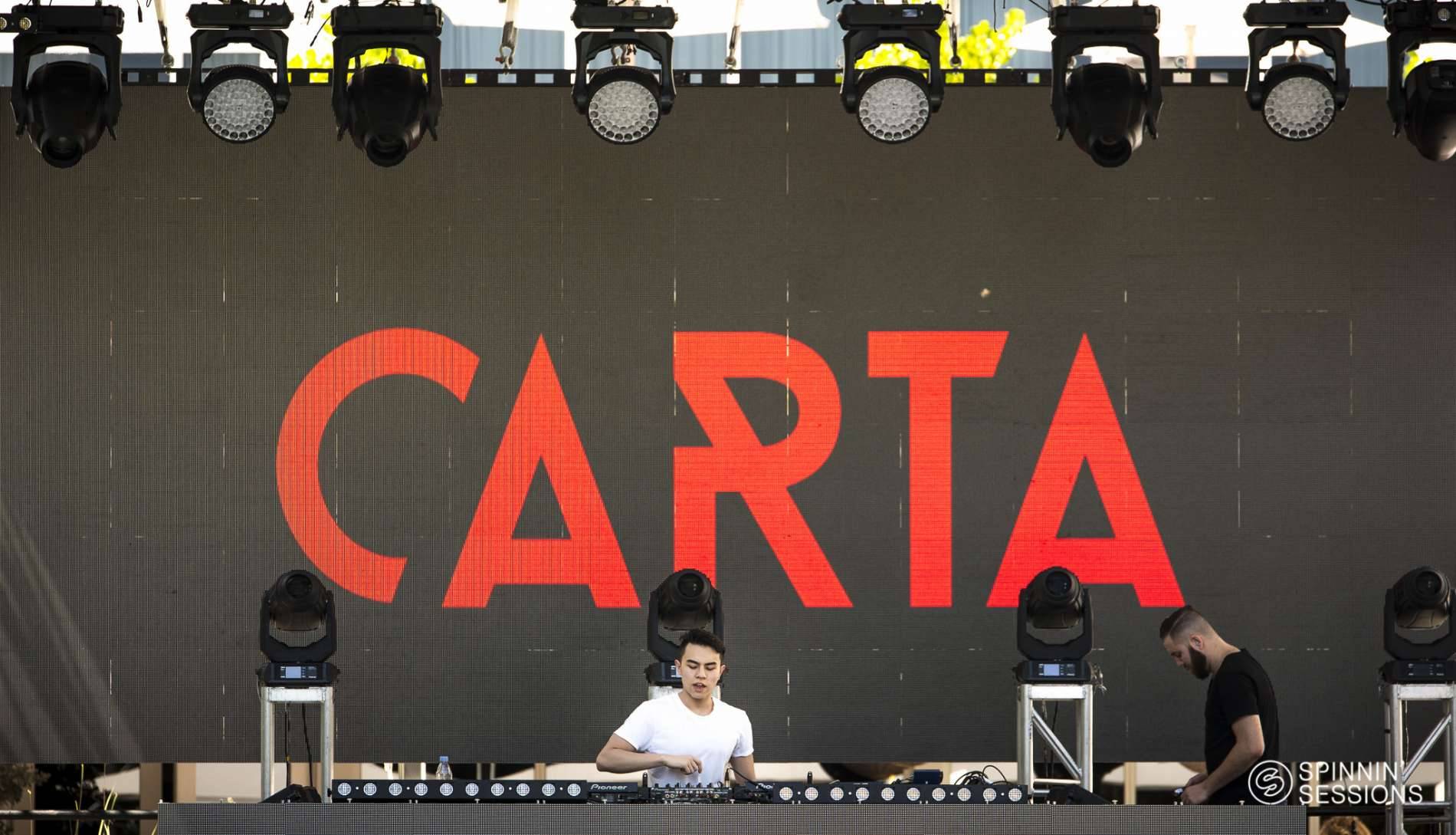 Exclusive interview Carta: 'The energy at ADE is something you can’t find anywhere else in the world'

He is hosting his own event during the Amsterdam Dance Event and has a new collaboration on the way that will be released on October 24. CARTA has established himself as the frontrunner of electronic musical talent from China and he is just getting started!

Born of Italian and Chinese ethnicity in Hong Kong, he later moved to the UK to spend many years honing his electric sound. In this period his sound began to evolve, adopting a groovier, garage infused musical signature. Several years later he successfully released many collaborations and his most recent solo track ‘Shanghai’ is making massive waves.

With a future that looks as promising as his, he cannot be missed during the Amsterdam Dance Event. We asked him about his plans and expectations during ADE. Find out where to find him!

Hey there, first up: what have you been up to lately?
“WASSSSSUPPPPPP GUYS! I’m in Taipei at the moment playing a show at Elektro in a few hours. Got another gig at Zouk KL in 2 days and then it’s off to ADE!” 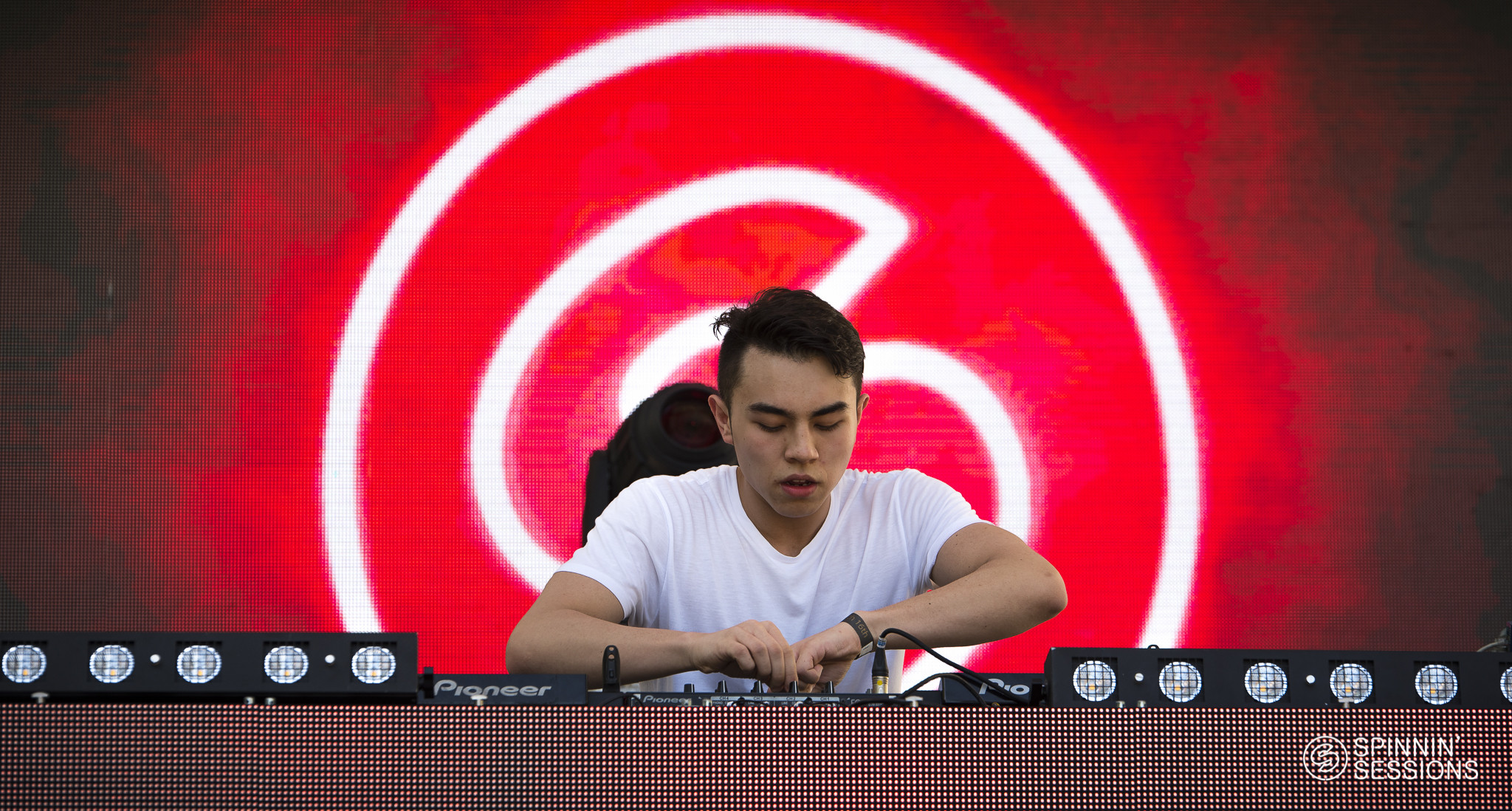 Yes, it’s time for the Amsterdam Dance Event! What are you doing this week?
“Soooo much has happened since the last time I went, I can’t wait to be there. The energy at ADE is something you can’t find anywhere else in the world. This year is gonna be amazing.”

Carta Corner is going to happen! What can we expect and how are you experiencing this unique happening?
“I remember last year when I went, there were a boatload of parties and events all over the place in the evenings but there weren’t that many places for DJs and industry people to just gather and hang out during the day. I wanted to host a conveniently located place that would be fun for both friends and fans to mingle, throw back a few drinks, relax and share ideas. Some of the best things are born from these kinds of settings!”

We are so curious! Can you already give us some names of confirmed DJ’s that will visit Carta Corner for sure?
“Hahah that’s one hell of a list. I’ve been super super lucky this year to meet and become friends with so many guys I grew up looking up to – and still do. A lot of the boys are confirmed but a couple are popping by unannounced. Curbi, Mike Williams, Lush & Simon, Dastic, Redondo, Jetfire, Lost Stories, and a few others everyone knows but I won’t share just yet!”

Talking about DJ’s... are there any DJ’s that you really want to check out during ADE?
“Man, I wanna check out so many shows I wish ADE could last a month. Big daddy Tiësto, Hardwell, Oliver Heldens for sure, and of course I’ll be hanging out with my Spinnin’ family at Spinnin’ Sessions at AIR on Thursday the 19th! Come join!” 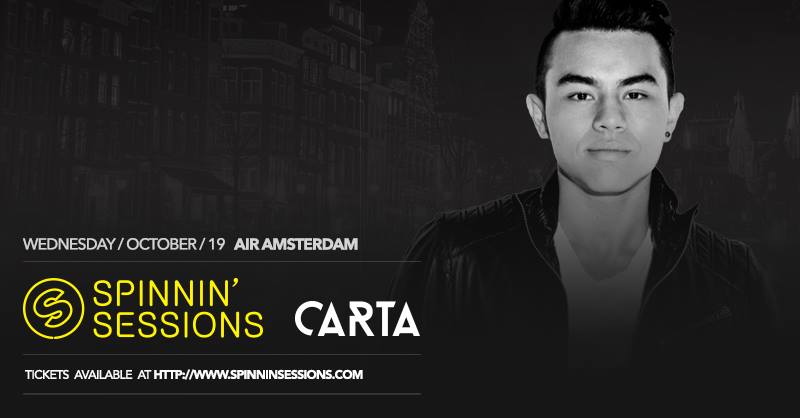 If you were free during ADE, which parties would you visit?
“If I was free, I would go to EVERY SINGLE PARTY LALALALA FIESTA LOCA! Hahah special shoutout to my boy Ale Mora! We met last year and if I were to party I’d go to every one with him. He’s super fun.”

Long story short, how would you describe the Amsterdam Dance Event in one word?
“Hectic.”

And finally, which record are we definitely going to hear a lot during this ADE?
“I’ve been doing some serious digging on Beatport, music blogs and going through promos these last few weeks leading up to ADE. By far, 100%, without a thread of doubt, DEFINITELY THE BIGGEST track of this ADE that I’m putting on repeat every show – Aqua’s 'Barbie Girl'. BOOM!”