Firebeatz is back at Spinnin' Records, including a fresh and very cool collab again with Sander van Doorn: 'Blowback'. Find out more about this track, working with Sander and how the Firebeatz duo enjoys music these days, in this exclusive interview.

Hey there, what have you been up to lately?
"We just got back from a massive Asia tour, and earlier this month we had our biggest show of this year so far at World Club Dome’s mainstage in Frankfurt (Germany). Combine that with all the new music we have lined up and we can say that we’re really excited about the forthcoming summer!"

You have just released ‘Blowback' this week, a collab with Sander van Doorn. What can you tell us about this track?
"We always have a lot of fun with Sander. After ‘Guitar track’ and ‘Rage’ it was time for a new collab. We started this track in Sander’s studio in Amsterdam and the fundamental parts were created in that first session. We wanted to create something that fits both in a festival and a club set, and brought back that oldskool house vibe in the breakdown. There are maximal tension builds so that the track generates tremendous energy!"

Looking back at that first collab with Sander, 'Guitar Track', back in 2014, what can you tell us about this track?
"This was a really big track for us. Sander premiered it with us at Ultra Miami in 2014 and for us that was the first time to stand on that main stage! That whole Miami Music Week this was the track that everybody talked about. Together with Spinnin' Records we came up with the idea to keep the working title ‘Guitar Track’ and just sent out the track as ID - 'Guitar Track'. The reactions were overwhelming and we still get a lot of requests to play this song in our set. Overall, this track has given us a lot of exposure and super good reactions from fans and feedback from DJ’s as well."

A lot has changed since then, can you describe a little bit what has happened in these years?
"Around that time we had the major EDM boom, and especially in the US everything was new and huge! Since then the music scene has developed and that’s a good thing! Nowadays you can hear all kinds of music styles on a main stage. It’s more of of a melting pot of all kinds of sounds. But there's a lot of development in the more niche genres. Plus lately we start to see a lot more house music coming through, wich is a breath of fresh air again!"

How was it working with Sander again?
"Working with Sander is always a pleasure, he’s a really nice guy with a lot of experience about the music scene in general and a professor on producing! Next to that we've built up a friendship over the years while touring together and producing music, we can definitely say that Sander is one of the nicest guys in the industry and we learned a lot from him."

What does this record say about your musical evolution as an artist?
"We have been developing ourselves more as producers and artists the last years. Tending to work more towards the club rather than radio sounding tunes. Basically doing what we do best, which is making stuff that needs to be played live and rock the house."

What has been the coolest thing in your musical career up till now?
"I think we had one year in which we worked together with Calvin Harris, Tiësto and Martin Garrix. Which of course was unbelievable for us.

After that we were like: ok what just happened? Now we can look back and say: holy shit what an amazing time that was, and are really proud of it." 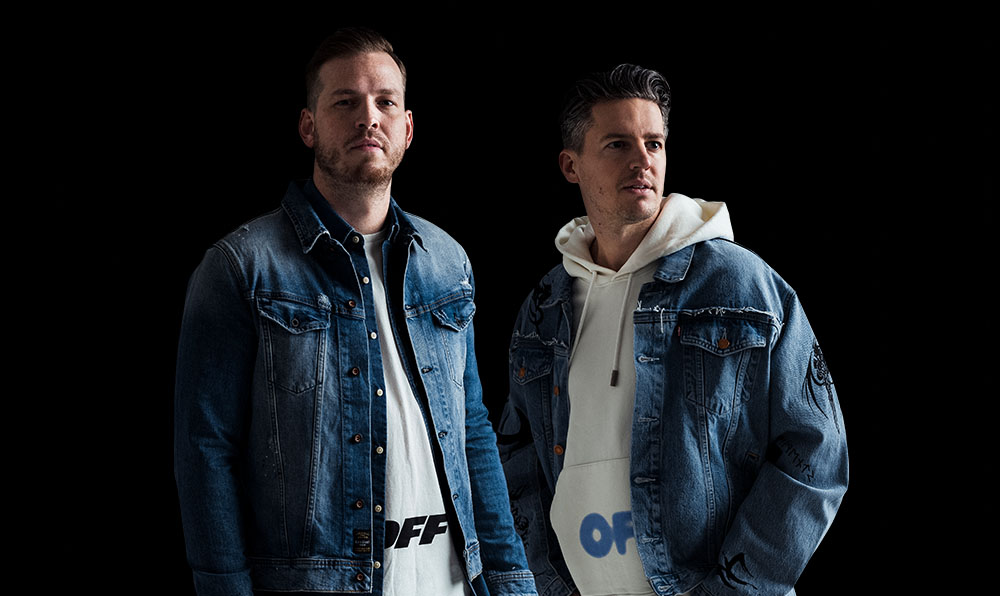 What do you think is the most interesting development in dance music these days?
"The comeback of groove and house music."

What are your goals for the future?
"Providing the dancefloors with bangers! Putting on amazing shows and eventually do an album."

'Blowback' is out now on DOORN Records.