Spinnin' Records has won the award for ‘Best International Label’ at the 1 Ave Music 2019 Awards. The Dutch dance label received the award at a special ceremony, Tuesday evening in Fort Lauderdale, US. 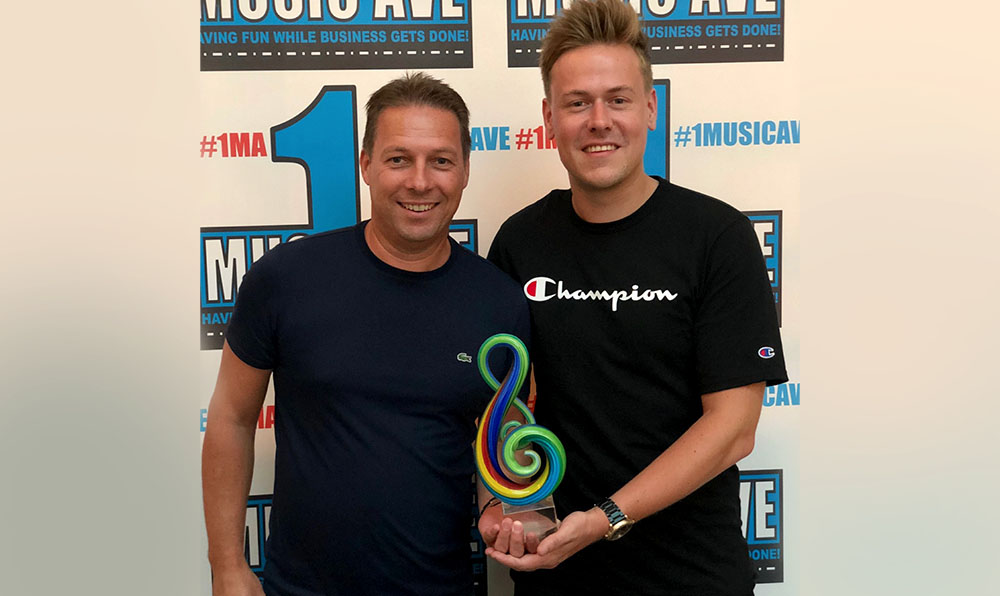 The 1 Music Ave is a three-day music industry event in Fort Lauderdale, attended by all of the US (dance) radio stations and industry players, ending with a special awards show this Tuesday. Here, several awards were handed out to artists, radio stations and label executives. As votes come from hundreds of US music industry professionals, the awards take in a special place for everyone involved in music and promotion.

“I am very happy and honored with receiving this award”, says Spinnin' Records CEO Roger de Graaf. “Especially when you look at the strong competition we had, and as these votes have come from professionals in the music industry, this means a lot to us. Thanks to everyone who supports us, this is a beautiful present on our 20th anniversary!”

Spinnin' Records also saw its 2018 hit release 'Nothing On Us' by The Him receive a nomination for #1 Dance Song.

Listen to a brand new episode of Spinnin' Sessions radio