5 FEMALE ARTISTS TO LOOK OUT FOR ON INTERNATIONAL WOMEN'S DAY

Happy International Women's Day! Today we focus on the challenges women face and celebrate their achievements by looking at five inspirational women in the music industry. From small moments in their lives that inspired them to follow their paths, to proving that there are plenty of successful women who never cease to stop following their dreams in an industry dominated by men: 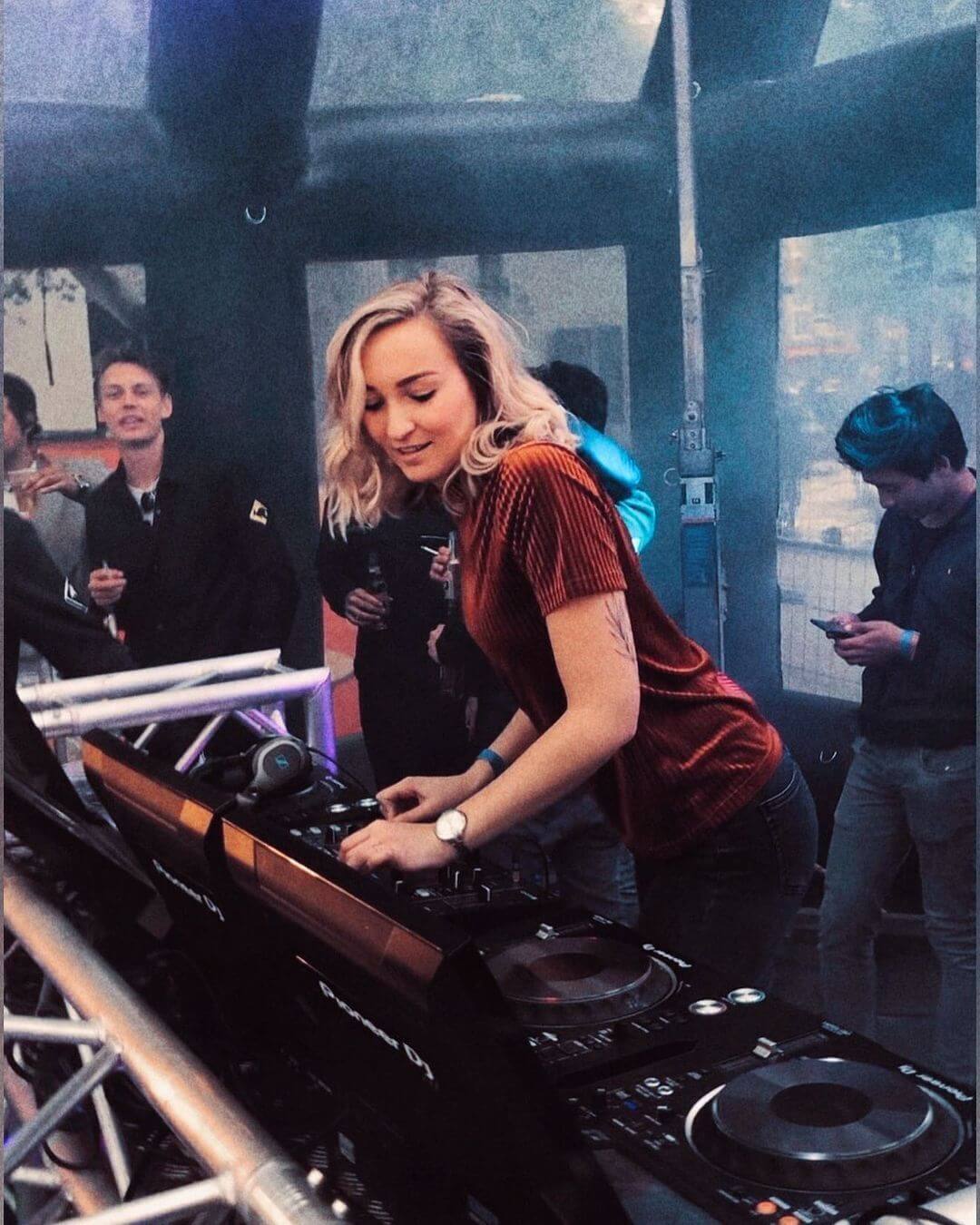 Kim Kaey, born and raised in the Netherlands, is a perfect example of young talent experiencing success at an early age (15). Music has always been a part of Kim’s life, growing up she spent her days at her father’s radio studio. During these times she was introduced to the glorious world of disco and soul, which nowadays mainly define the core of her DJ sets and tracks. Starting at the very early age of 15, Kim has been a part of many successful projects internationally and locally. In the Netherlands she has played at big festivals like Solar, Emporium, Groove Garden, Castle of love and many more. When it comes to her global success, she has played at Skygarden (Bali), Formula 1 (Abu Dhabi), Jump The Drop (Portugal) and at many other astonishing locations.
In addition to her success in the event industry, she made her Spinnin’ debut in November 2018 with a remake of the house classic “Push The Feeling On” by Nightcrawlers. This resulted in her receiving support from many other major Spinnin’ artists like Afrojack, Judge Jules, Sam Feldt and many more. Of course she did not stop at that and has ever since been a part of many more successful projects, especially with her releases on our SPRS imprint. Kim is definitely a successful female figure in the world of music showing everyone that genre and sex don't matter.

Known to be one of the most hyped duos and the first sisters in electronic dance music, Mim- and Liv NERVO have been ranked as the top female DJs in the world today. From purple hair and purple lipstick to many more crazy looks, they have done it all on stage. Even before their fame, they were true superfans of electronic dance music as they once said; the sisters used to be in the middle of mosh pits almost breaking their ribs. In addition to their love and determination for music, their songwriting and production skills have guided the sisters in climbing onto the international stage. The multi-talented duo’s appearance all over the world infected crowds with their unique energy. Soon enough NERVO were spotted on the warm beaches of Ibiza, LA, and at main stages of enormous festivals like Tomorrowland, Lollapalooza, Creamfields, EDC and many more.
Besides their successful appearances in the event industry, the sisters were also among the artists who received a Grammy Award for co-writing the legendary 'When Love Takes Over' for David Guetta and Kelly Rowland. Furthermore, by writing and producing hits for big names like Afrojack, The Pussycat Dolls and Kylie Minogue, the duo has embedded their daring musical skills globally. In a world dominated by bros, NERVO has proven to be one heck of a sister act! 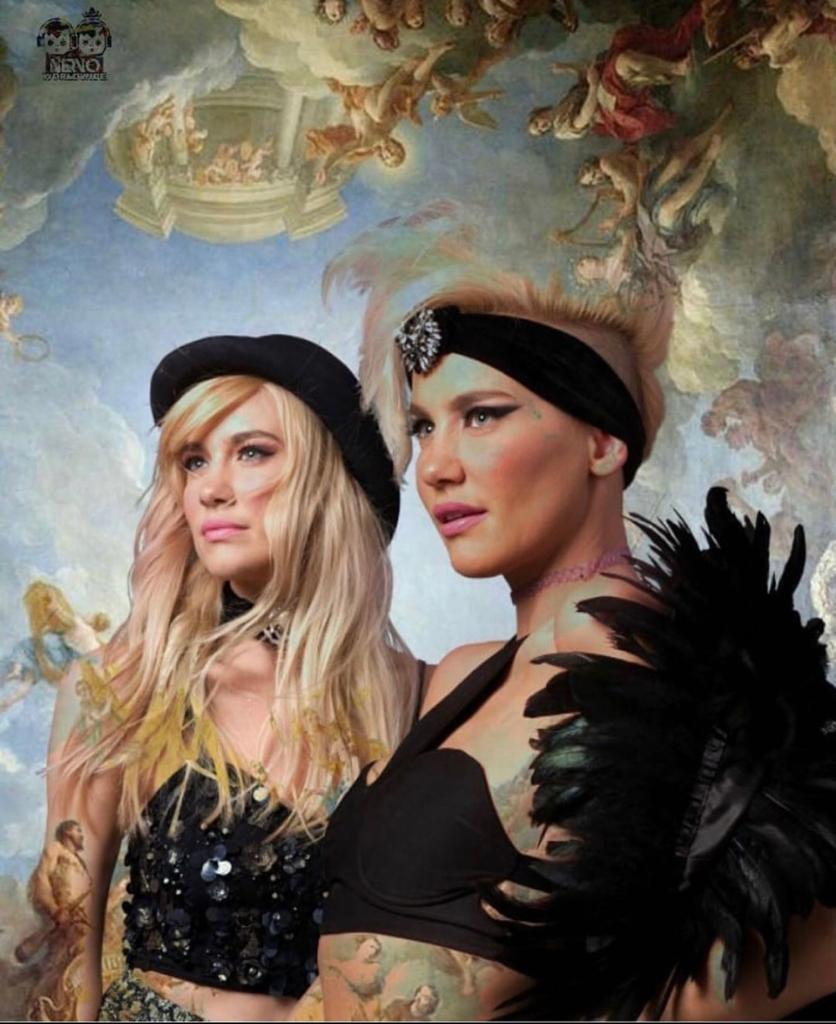 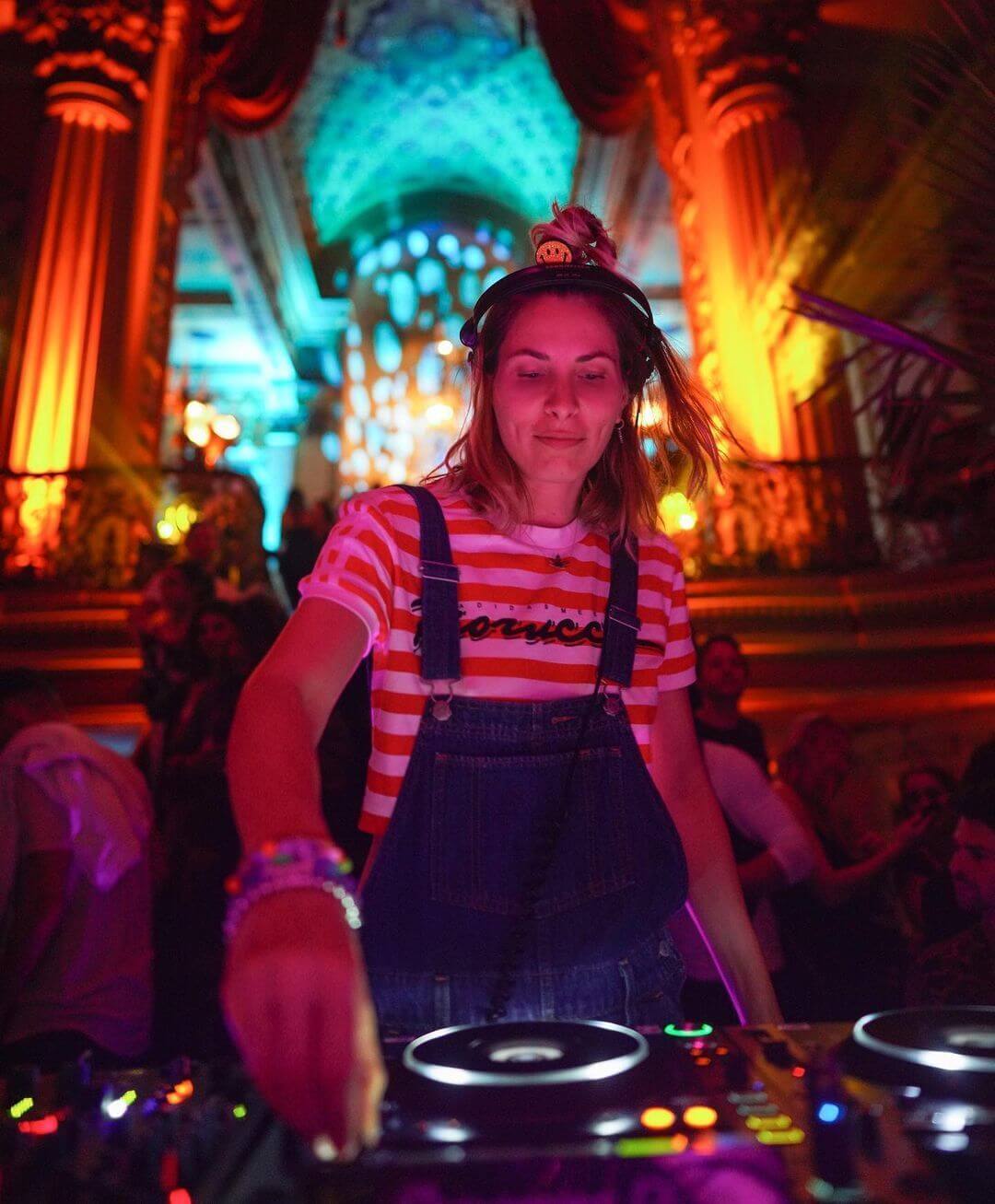 The Canadian DJ and producer BLOND:ISH aka Vivie-Ann Bakos is recognised for her timeless mix of electronic genres. Incorporating house, techno, electronica, soul and world sounds in her music, she has signed plenty of successful deals with big artists such as Diplo, Kah-Lo and remixed tracks for names like Black Coffee, ZHU, Tame Impala and many more. Her career took a fast turn after her BBC Radio 1 Essential Mix and she eventually launched her event and lifestyle brand ABRACADABRA in 2017. Just like that, she took over the international stage with residencies and shows at festivals like Tomorrowland and cities like Mykonos, Tulum and Ibiza. Right now the ABRACADABRA label is a platform for many artists' productions besides BLOND:ISH herself.

Next to her musical success as a woman, BLOND:ISH has proven to be a true public figure in the industry with her efforts for women empowerment and environmental change. In company with her "Bye Bye Plastic" initiative that focuses on clearing the electronic music industry of single use plastic, she truly believes in women's contribution to the development of technology, which is known to be monopolized by men. This has encouraged BLOND:ISH to co-found shEOS, that is the leading EOS block producer founded by women!

Born in Mexico, Mariana BO started her musical career as a violinist. Upon her interest in mixing electronic music with classical, she constructed her unique musical concept that has also highlighted her artistic personality. Nowadays, she continues to climb the global charts securing the 44th place in the DJMag Top 100 and positioning herself as one of the most critically acclaimed female DJs worldwide. Remarkably, she has collaborated with successful artists like NERVO, KSHMR, Tiësto and many more on stage. Her biggest live plays to this day involve EDC Mexico, Parookaville, Holi Festival and many others to be listed.

Mariana BO stands out with her experimental personality of mixing different genres such as big room, tech-house, progressive, deep house and minimal, that not all DJ’s dare to. Her newest releases have received support from remarkable artists and it is easy to say that Mariana BO is a special gift for electronic music with her unique personality. 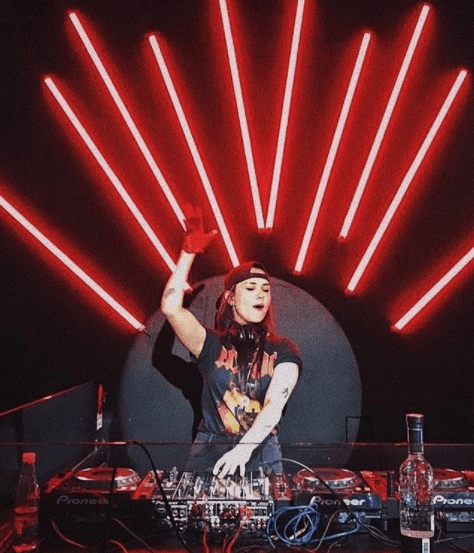 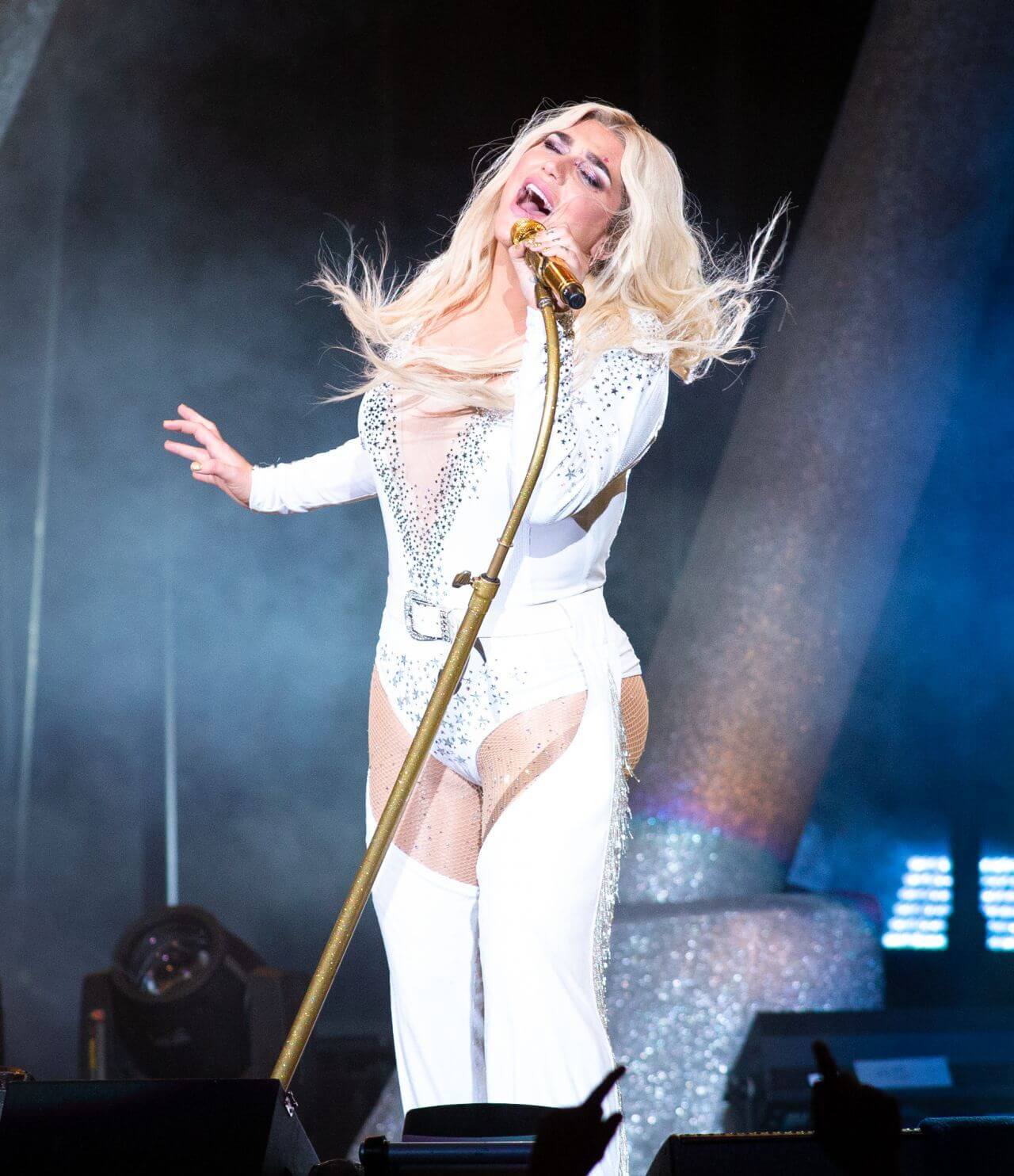 Kesha Rose Sebert, born in Los Angeles, was introduced to music at a young age by her mother who was a songwriter. At first, Kesha was ought to study psychology which had quickly changed as she had the chance to co-write and produce the legendary track 'Since U Been Gone' of Kelly Clarkson. Subsequently, her success in writing and producing continued until the biggest turning point when she was invited to contribute vocals to Flo Rida’s 'Right Round'. Over her career, Kesha has been a part of various globally-successful projects and has continuously created an image for herself in the world of music. To this day she has earned 10 Top Ten singles, over a billion views on YouTube, two number one albums, four number one songs on top 40 radio and nearly 40 million followers across social media.
Next to her songwriting success with artists like Britney Spears, Ariana Grande and Miley Cyrus, Kesha is a passionate advocate for equality and an animal rights crusader as the Humane Society International’s first Global Ambassador. In 2018 she was named one of Time Magazine’s one of the most influential people in the world.
Recently, Kesha has released her latest single 'Stronger' with Sam Feldt, which she has also co-wrote. In the track she delivers her signature inspired, battle-cry vocals which are major force bringing the song's message of healing to life. As the vocals move into a euphoric, uplifting chorus, Sam Feldt’s production takes things sky high with sweet rhythms and precious melodics.

MAKING OF THUNDER: BEHIND THE SCENES WITH GABRY PONTE